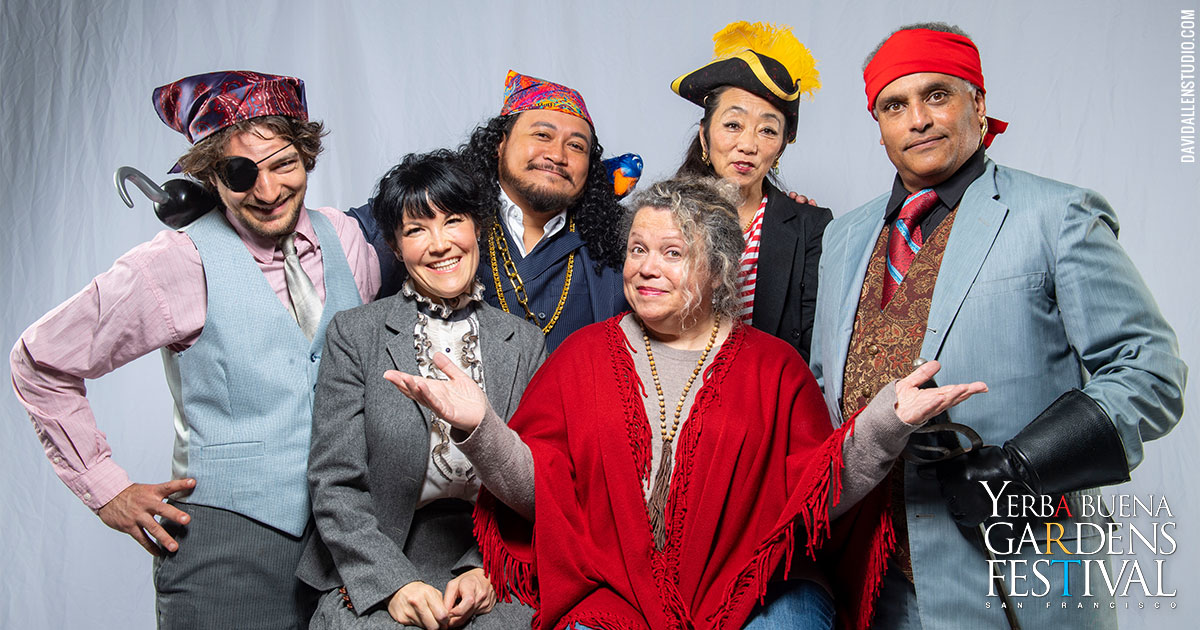 Fasten your seatbelts for another wild yet thought-provoking ride with the world-renowned San Francisco Mime Troupe. Experts at finding the absurdity in contemporary culture, the SFMT has been on the progressive frontlines since the heyday of the civil rights movement in the early 1960s. Prepare for laughter, tragedy, snappy dialogue and vivid live music.

Using the classic pirate novel Treasure Island as its inspiration the show is the story of Hawkins, a civil servant in San Francisco, who accidentally stumbles upon the plans of a developer, L.J. Silver. Through bribery, and label brutality Silver is overriding all the clear health, safety, and human concerns regarding developing Treasure Island for his own greed.