The following article is contributed by Theatre Rhinoceros’s Executive Director, John Fisher. He shares his insights about the upcoming TIMON! The Musical, a co-presentation of Theatre Rhinoceros and Yerba Buena Gardens Festival. 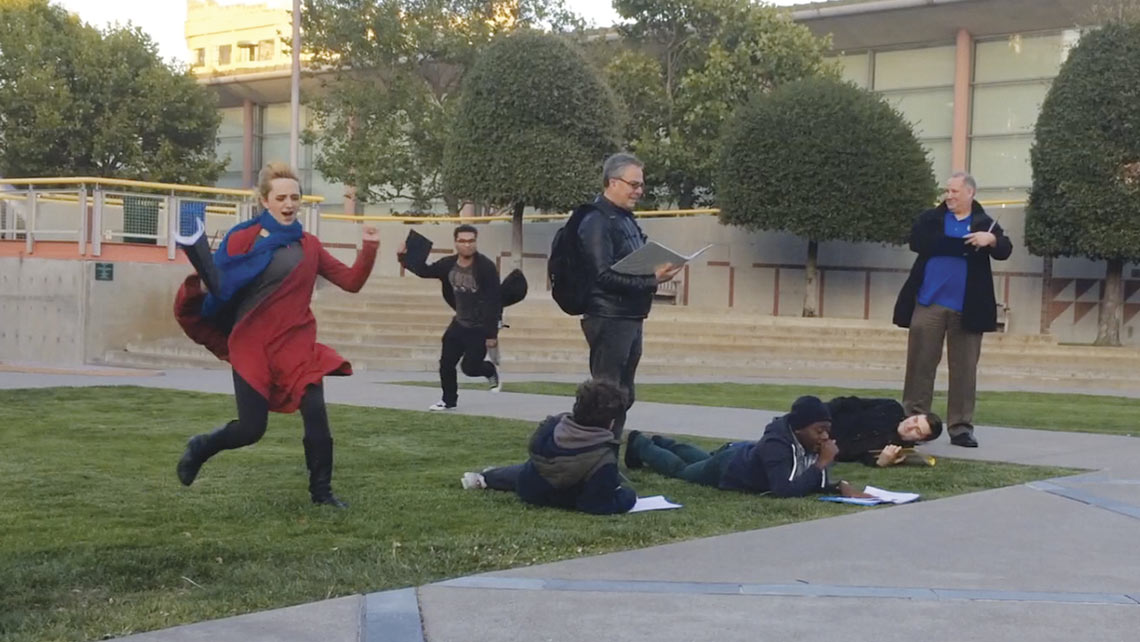 Timon of Athens is Shakespeare’s most obscure play. But it’s wonderful, full of relevant human interest like all his plays, but also a very pertinent story to San Francisco 2015. I’ve updated it to make it a contemporary outdoor musical that makes specific use of the performance location, Yerba Buena Gardens, and comments on the YBG surroundings and the City itself. Why a musical? The show needs to be big to fill the outdoor space. Musicals do that. We have a cast of 18 and a brand new score by the incredible Don Seaver. The plot is basically the same as Shakespeare’s but the dialogue is new. It’s now a musical satire. We call it TIMON! The Musical: An Alfresco Musical Adventure. It’s eighty minutes in length and it moves about the YBG spaces. The audience moves with it.

How did this project come about? I did a musical version of another obscure Shakespeare play, Titus Andronicus, outside at YBG. It was very bloody and had lots of golf cart chase scenes. I asked Linda Lucero if she wanted me to do another and she said, “Why not?” Then I hit on the idea of TIMON because it’s the story of a rich guy who gives all his money to non-profit type things and then ends up broke and alone when the market crashes. How topical! Timon always made fun of street people, then he becomes one. And he ends up living in Yerba Buena Gardens. This show will be different from Titus! in that the area used is different. This time we use Jessie Square, the Martin Luther King Jr. Fountain, the park outside the Children’s Creativity Museum, and all the spaces in between. It’s about twice as much space as we used for Titus!

We started rehearsing at YBG this week. Here are some videos of some fight scenes being developed. The weather has been great. It’s weird rehearsing in an active park. People wander through the action, stop and watch a little bit; one couple accidentally got chased by the cast down a ramp.