Yerba Buena Gardens Festival was founded in 2000 to honor the diverse cultural heritage of San Francisco. In the 1970s and 1980s, redevelopment in the South of Market district displaced thousands of poor people – mostly Filipino immigrants, low-income families and single men living in SRO hotels. Activists pressured the City to guarantee that the Yerba Buena Gardens Project would include a public space for arts and community. YBG Festival was founded to program all activities in Yerba Buena Gardens, committed to fulfilling the vision of those activists and their promise to the displaced, the low-income and the communities of color in San Francisco.

Now entering its 22nd season in 2022, YBG Festival has presented 42,000+ artists, commissioned 75+ new works, and reached 2.3 million+ attendees. YBG Festival has become a key part of San Francisco’s arts ecosystem and the organization is positioned physically, socio-politically and metaphorically at a cultural crossroads to support Bay Area audiences and artists. 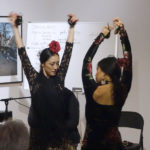 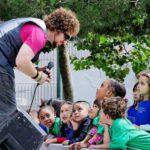