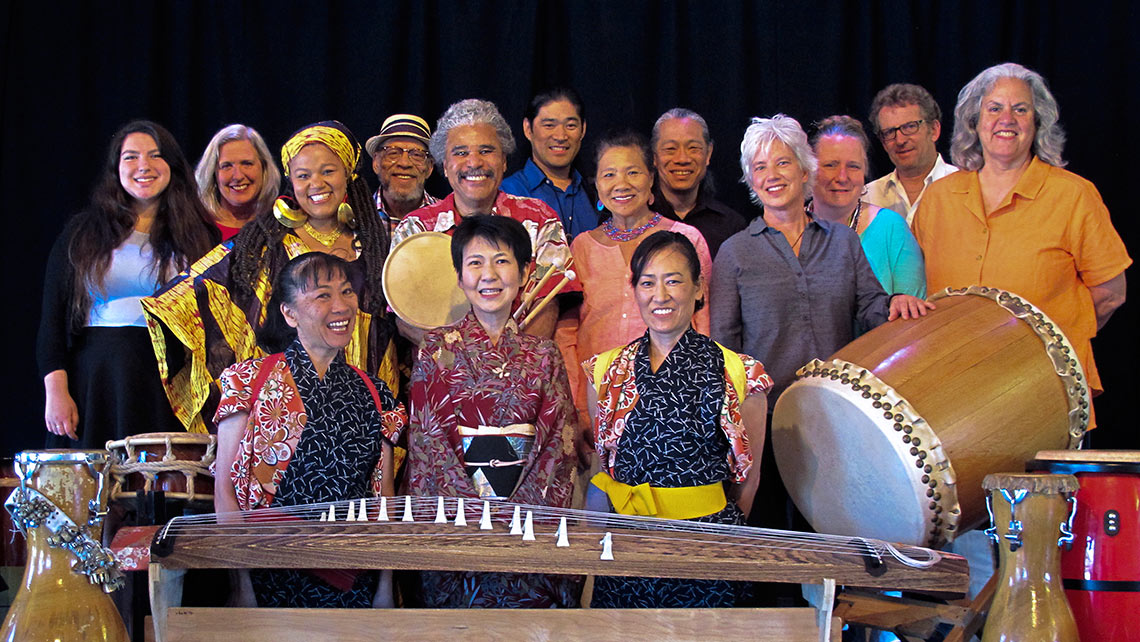 Commemorating the 70th anniversary of the atomic devastation of Hiroshima and Nagasaki, 1945: A Year of Infamy is an epic new work by percussionist/composer Dr. Anthony Brown and his Grammy-nominated Asian American Orchestra. Combining traditional Asian instruments and forms with the improvisational ethic and sonorities of a jazz combo, the AAO joins forces with the Voices Of A Dream vocal ensemble and award-winning poet/performance artist Genny Lim. Scored for jazz orchestra with Japanese flutes, koto, and taiko drums, 1945: A Year of Infamy is also influenced by Gospel, Marvin Gaye’s What’s Going On, and by Gagaku, the imperial court music of Japan dating back to the 8th century.