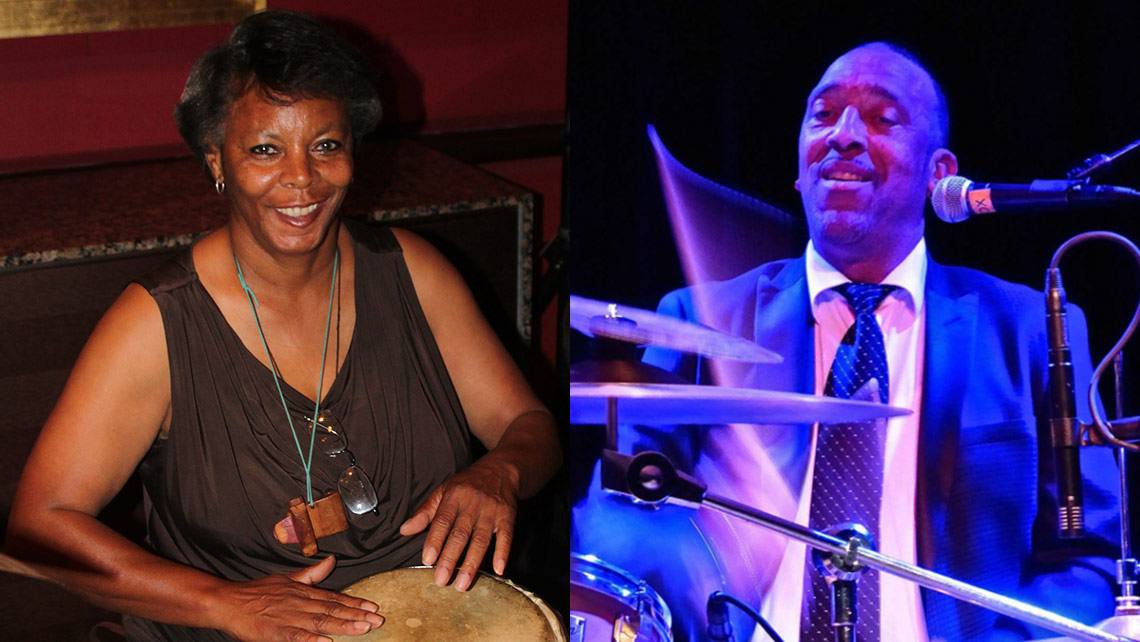 In collaboration with Yerba Buena Gardens Festival, AfroSolo Arts Festival presents its 15th annual free concert in Yerba Buena Gardens. Dedicated to nurturing, promoting, and presenting African-American and African diaspora art and culture through solo performance and the visual arts, AfroSolo showcases some of the most trenchant, vibrant and soul-stirring artists around.

Drummer Linda Livingston is accompanied by Daryl Bishop on bass, Reggie Brown on rhythm guitar, Rodney Connor, lead guitar, Lorenzo Macon on drums, and George Stanley on saxophone. With a music degree from San Francisco State University, Livingston started playing the drum set at age 21, quickly adding congas, timbales and trap drums to her repertoire. She has performed extensively in the Bay Area and beyond including drumming alongside Sheila E., Pete and Juan Escovedo and Lenny Williams to name a few. She is a member of the band “D-Hook,” performing smooth jazz and original compositions.

Livingston, also an accomplished actress, is currently performing at San Francisco’s Cyclone Warehouse, where she has a role in Eugene O’Neill’s The Emperor Jones.

Norwood’s career as a musician began at the tender age of 4, through the encouragement of his mother, Dorothy Norwood. Throughout elementary and high school he sang in choir ensembles and developed a proficiency with percussion instruments.

His first professional engagement was performing in his church. That experience led to performing jazz and other musical styles. He has performed with acts such as Robert “Magic Man” Winters, The Gospel Hummingbirds, Lenny Williams, The Drifters, Robin Duhe (original bassist for Frankie Beverly) and others.

Norwood has recorded with many artists in the San Francisco Bay Area. He is currently involved in Top Shelf Classics and is a principle musician and coach with Industry Coach for TIBC-TV. Industry Coach is dedicated to using the principles of Gratitude and Peace in educating and promoting young talent.

For today’s concert Norwood is accompanied by Lorenzo Hawkins on keyboard, Arlington Houston on bass, Morris LeGrande on guitar and Roussell White on trumpet.

Note: This program’s performers has changed since the printing of some publications. Due to circumstances beyond our control, Ruth Price will not be performing today.