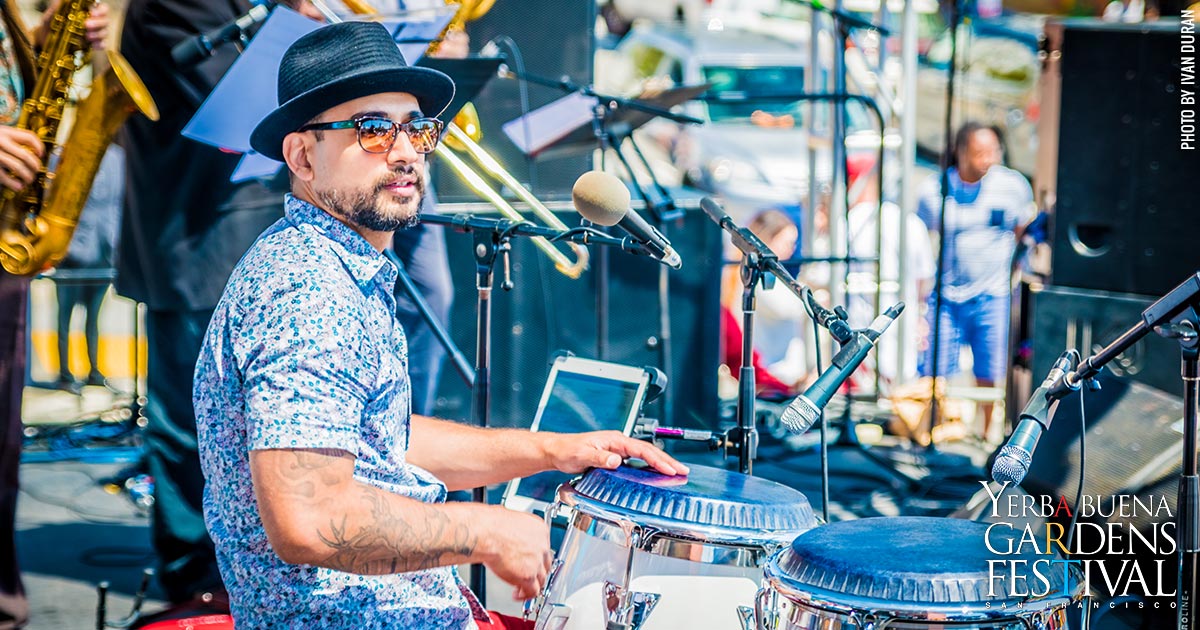 The dynamic Mexican-born conga player Javier Cabanillas has come a long way since he started performing in pop-up flea markets in the streets of Tijuana. A few years ago, the Bay Area resident walked the red carpet in Los Angeles and took home a Grammy Award for his work with Oakland-based Pacific Mambo Orchestra. After that triumphant experience, he decided to concentrate on writing and arranging for his Cabanijazz Project, which is getting set to release the debut album Infrasonic featuring 10 original Cabanillas compositions. It’s a sound he calls “New Mambo Retro Salsa,” and the nine-piece band he brings to the Gardens features many of the region’s top Latin music artists, including Pacific Mambo Orchestra vocalists Omar Ledezma Jr. and Christelle Durandy.