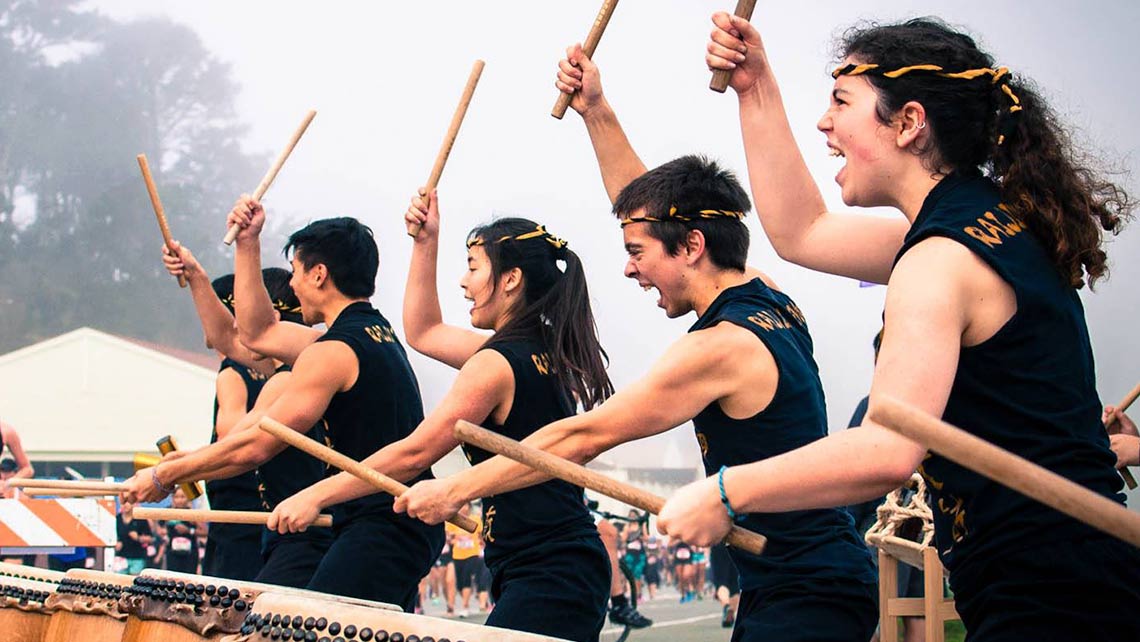 The ancient Japanese percussion tradition known as taiko has deep roots in the Bay Area (the nation’s first taiko dojo came together in San Francisco in 1968). But it wasn’t until a decade ago that a small and determined group of Cal students formed UC Berkeley’s first taiko ensemble. Quickly making up for lost time, Cal Raijin Taiko has gained widespread respect with their dynamic, engaging performances. With a repertoire consisting entirely of original compositions, Cal Raijin Taiko is dedicated to spreading their knowledge, love, and passion for Japanese drumming to the campus and surrounding communities.

Presented in partnership with the