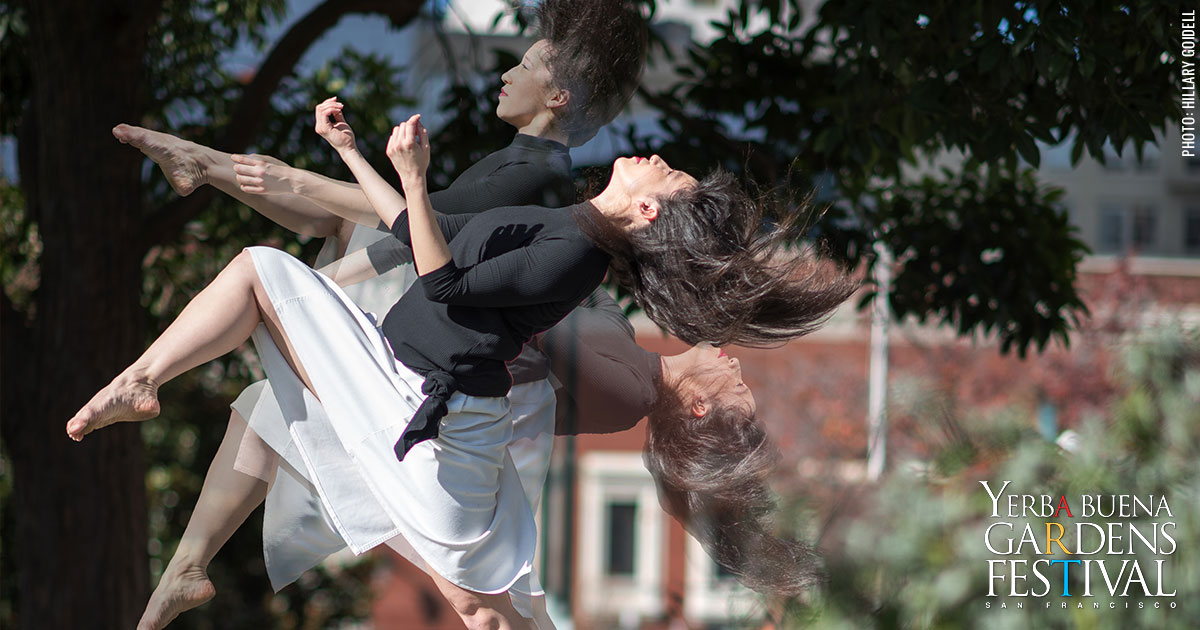 ChoreoFest highlights the spectacular strength, diversity, and vibrancy of the Bay Area contemporary dance scene through a two-day mini festival of site specific work. Curated by RAWdance’s Artistic Directors, the third annual ChoreoFest features nine local companies in a weekend of extraordinary performances throughout the Gardens’ lawns and architecture.

Please note that this program takes place in multiple areas of the Gardens and requires the audience to change location. Comfortable footwear recommended. Persons needing assistance should seek Festival staff in orange caps. 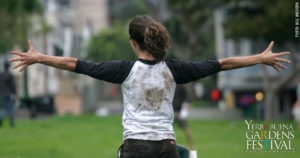 Chris Black (Choreographer) has been choreographing and performing in San Francisco for over 25 years. She has won an Izzie and two BATCC awards for her choreography and been in residence at ODC Theater, the Djerassi Resident Artists Program, and the California Academy of Sciences. She has been making and performing in site work in various spaces across San Francisco since 2005. She is currently developing Baroness/Mutt, a multi-tentacled project about art, femaleness, and who gets the credit. 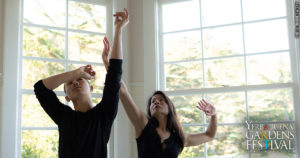 For the last 12 years, Lenora Lee Dance (LLD) has been pushing the envelope of large-scale multimedia, and immersive dance performance that connects various styles of movement and music to culture, history and human rights issues. The company creates works that are both set in public and private spaces, intimate and at the same time large-scale, inspired by individual stories as well as community strength. It integrates contemporary dance, film, music, and research and has gained increasing attention for its sustained pursuit of issues related to immigration and global conflict. LLD’s work has grown to encompass the creation, presentation and screening of films, museum and gallery installations, civic engagement and educational programming. 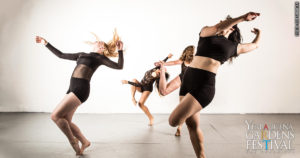 Natasha Adorlee Johnson is from Overland Park, Kansas and graduated from UC Berkeley with a BA in English. She has trained with American Ballet Theatre and was an inaugural member of Alonzo King’s LINES Ballet training program. She performs with ODC/Dance, the San Francisco Symphony, is a former member of Robert Moses’ KIN, and is a guest artist with Kate Weare Company (New York). In 2018, Natasha received an Emmy for her work in the TV special Baseballet 2: Into the Game, as a composer and performer. In 2014 she was the recipient of an Isadora Duncan Dance Award for her performance in Two if by Sea, choreographed by Kimi Okada. Natasha is the Founder and Artistic Director of Concept o4. Through Co4, she directed, choreographed, and danced in the film Take Your Time (2017), which became an official selection of the Mill Valley Film Festival and the recipient of six awards including “Best Short” by the San Francisco Dance Film Festival, Red Rock Film Festival, and Valley Film Festival. 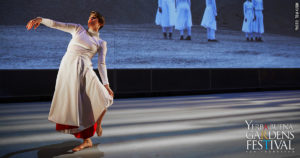 Margaret Jenkins (Margaret Jenkins Dance Company) is a choreographer, educator, and dance community leader designing unique programs supporting mentorship and community engagement within the dance field. Jenkins began her early training in San Francisco before moving to New York to dance with Gus Solomons Jr, Twyla Tharp, Viola Farber, and Merce Cunningham, for whom she assisted in restaging his works in this country and around the world. Since its founding in 1973, the Margaret Jenkins Dance Company has been a rich part of the cultural fabric of San Francisco—dedicated to the making and touring of new work and international exchange and collaboration. Jenkins has created over 85 works which have been seen throughout the United States, Europe, Russia, Middle East, and Asia. She has been acknowledged with numerous commissions and awards including a Guggenheim Fellowship, the Bernard Osher Cultural Award, setting work for the San Francisco Ballet’s 75th anniversary, and a residency in Bellagio, Italy at the Rockefeller Foundation. The Company, having recently returned from tour in Sweden, looks forward to performances this Fall in San Francisco and to their 45th anniversary season in 2020. 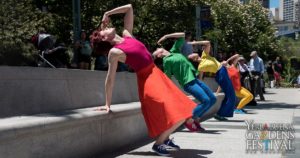 RAWdance, an award-winning, contemporary dance company, is known for transforming theaters and public spaces with intellectually and emotionally-layered performance. Under the direction of Co-Founders Ryan T. Smith and Wendy Rein, and Associate Artistic Director Katerina Wong, the company’s dances pose questions ranging from the broadly social to the intimately personal. RAWdance has performed through commissions and festivals in Asia and across the U.S. and has screened short dance films at festivals in the U.S., Europe, Asia, and South America. In addition to theatrical performances, the company prioritizes increasing access to the art by bringing dance directly into the public sphere. This has inspired performances in SF’s art galleries, UN Plaza, Yerba Buena Gardens, various restaurants, City Hall, SF’s Westfield mall, a boat house, and many more.

Click here for Day 1 information
Presented with support from