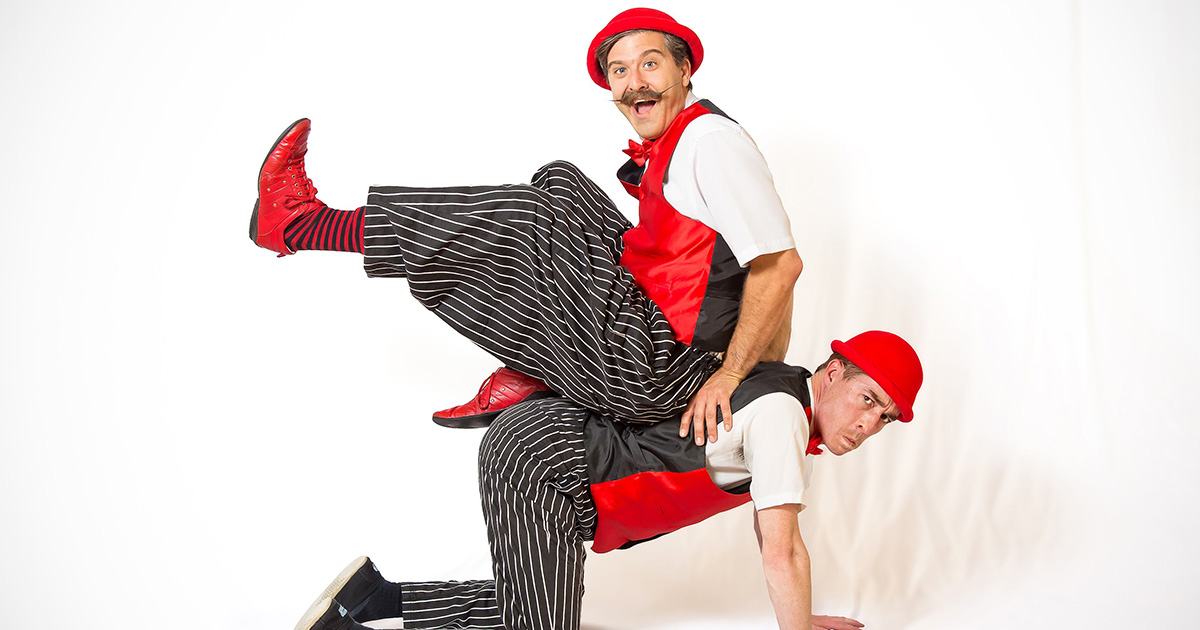 Tyler Parks, aka Mr. Moustache, and Andrew P. Quick, aka Mr. Quick, lead the insistently playful Circus of Smiles, a Bay Area troupe that has delighted thousands of kids via free performances at libraries and schools around the region. Tyler earned a Master’s in Education from UC Santa Cruz and a rubber chicken from San Francisco’s Clown Conservatory. Andrew is a ubiquitous presence on the Northern California theater scene, from Boxcar Theatre’s The Speakeasy to Shakespeare Santa Cruz’s Henry V. They also perform internationally with their award-winning physical comedy troupe Pi, which they founded while studying theater at UCSC. They launched Circus of Smiles in 2011 and spent two years performing around the world, but since 2013, they’ve focused on spreading joy in the Bay Area.