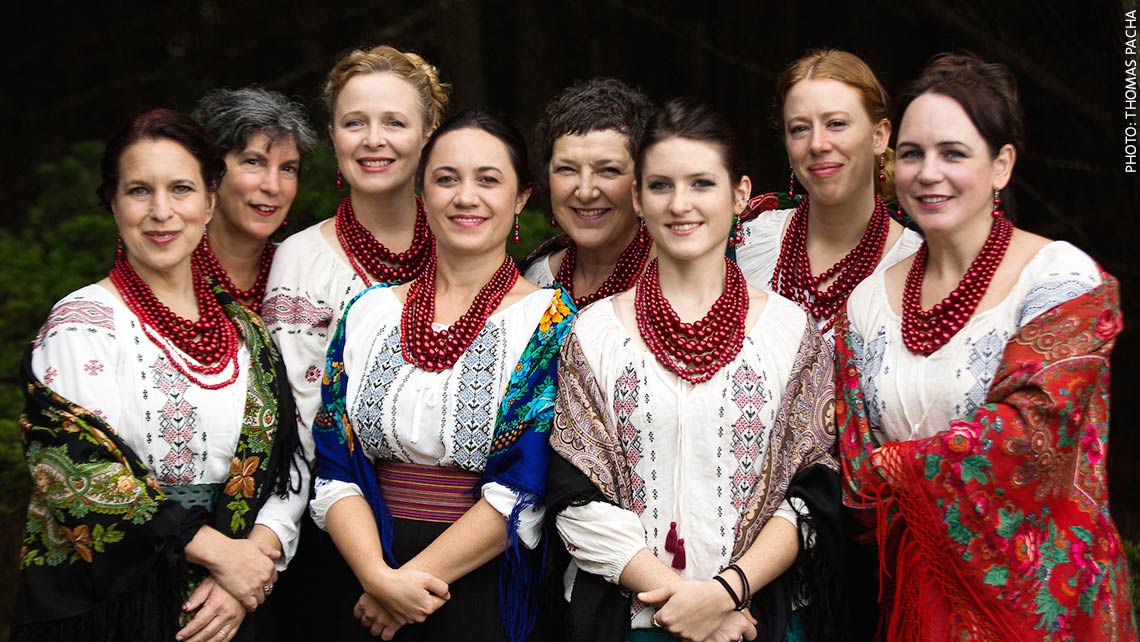 The women in Kitka are fearless sonic explorers, and you can hear their intrepid spirit in every haunting song. Over nearly four decades the eight-women Oakland ensemble has developed a vast, breathtaking repertoire of traditional songs from the Balkans, Caucasus and Slavic lands, as well as new material composed for the group drawing on those traditional vocal practices. Traveling to rural communities in Armenia and Bulgaria, Ukraine and Georgia, they’ve gathered songs and communed with elders who are often the last links to centuries-old traditions. The ravishing textures of the women’s voices, unearthly cadences, angular rhythms and unfamiliar languages make Kitka’s performances an enthralling experience.