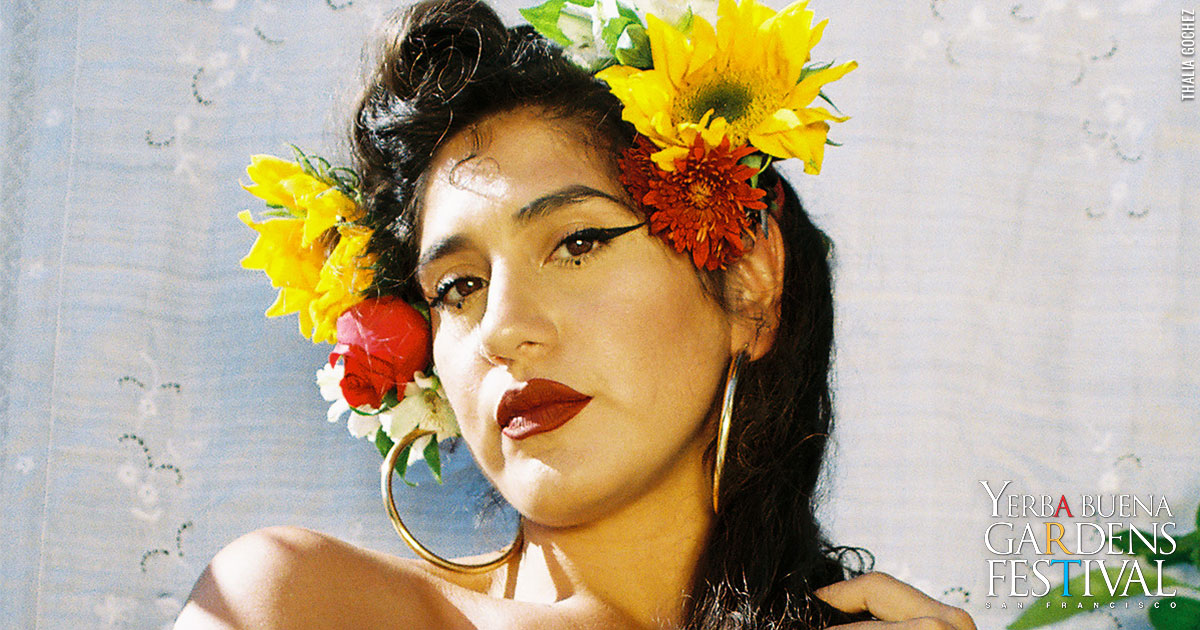 La Doña is a name that denotes authority and mastery, traits that Cecilia Peña-Govea embodies after years of providing celebratory soundtracks for countless community celebrations. Growing up playing trumpet and singing alongside her sister in the San Francisco band run by their parents, La Familia Peña–Govea, she learned a vast, crowd-pleasing repertoire of tunes from an array of Mexican and Caribbean styles and traditions. Coming into her own as La Doña, she’s created her own sound blending reggaetón and hip hop beats with the Latin American roots music that nurtured her. Her 2020 EP Algo Nuevo earned widespread national attention, but she’s always working on new music. Joined by a crew of longtime collaborators including Esai Salas, Naomi Garcia Pasmanick, Tano Brock, and her father Miguel Govea, La Doña is ready to resume her rise as one of the Bay Area’s brightest young performers.