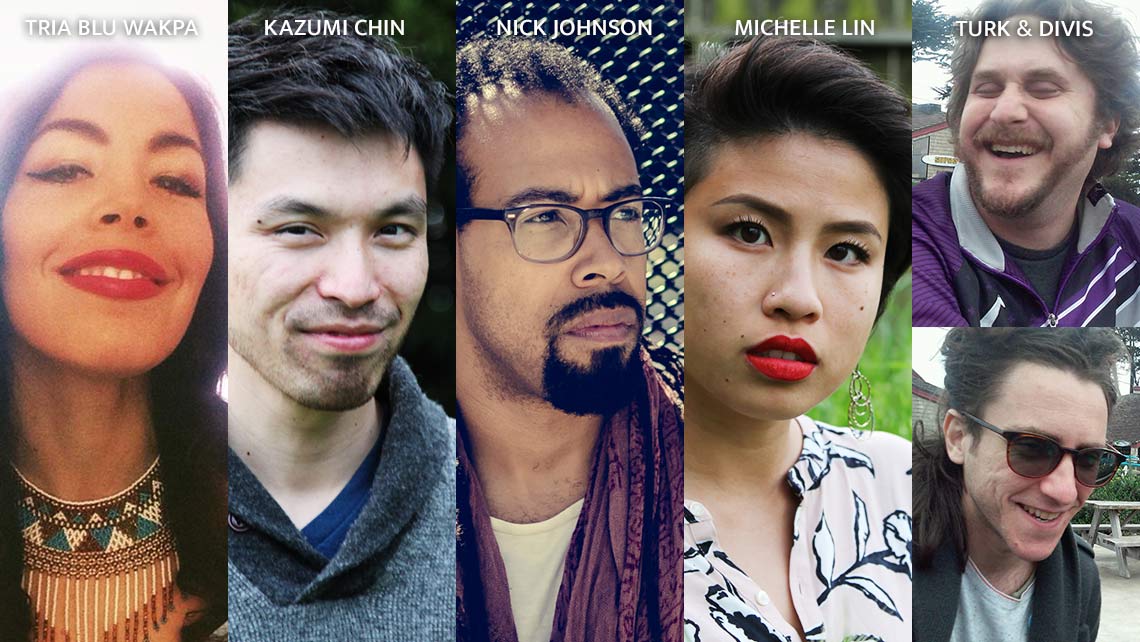 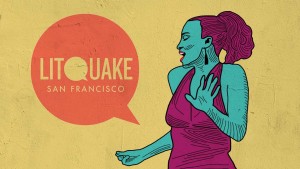 Tria Blu Wakpa is a 2017-2018 President’s Postdoctoral Fellow in the Dance Department at UC Riverside. She will receive her Ph.D. in Ethnic Studies from UC Berkeley in May 2017. Tria’s scholarly and creative work focuses on the continuities and contradictions among education, incarceration, and performance for Indigenous peoples and people of color. She also holds an M.A. from UC Berkeley in Ethnic Studies and an M.F.A. from San Diego State University in Creative Writing.

Kazumi Chin is the author of Having a Coke With Godzilla. He works to build loving communities with marginalized people, to put language to the mechanisms of structures and identities, and to create spaces and tools that allow others to do the same. He is interested in scholarship at the intersection of art-making and critical theory, and has a profound love for maps, spreadsheets, algorithms, taxonomies, simulations, and also poetry & the mythical power of true friendship.​​

Nick Johnson was born and raised near the brackish Chesapeake Bay but now calls the Bay Area waters home. He received his MFA in Creative Writing from the California College of the Arts in 2011. Johnson’s work has been featured on KPFA’s Rude Awakening, and has appeared in The Cincinnati Review, Black Renaissance Noire, Eleven Eleven, Metazen and other fine journals. His first book of poems, music for mussolini, was released by Nomadic Press in 2016. Additionally, he wants you to know, he enjoys telling long-winded stories, Instagramming, making spicy curries, and drinking whiskey; typically in that order, but not always.

Michelle Lin is a poet, activist, and author of A House Made of Water (Sibling Rivalry Press), a lyrical examination of Asian American identity, gender and daughterhood, the inheritance of stories, and survival from trauma. Her poems can be found in HEArt, Apogee, Powder Keg Magazine, Dusie, and more. She has performed for Kearny Street Workshop’s APAture, grlhood-redefining the I // here I am, LitQuake, and more. Her work was showcased in Poet Laureate Juan Felipe Herrera’s “Lo Writer of the Week” and the Pennsylvania Center for the Book’s Public Poetry Project. She is a Kundiman fellow.

Evan and Miles Karp are Turk & Divis (rhymes with biz). They create soundscapes using language and music. Their first album is Live @ Lone Glen. Album two is scheduled to be released late ‘17.