Music of the Banned 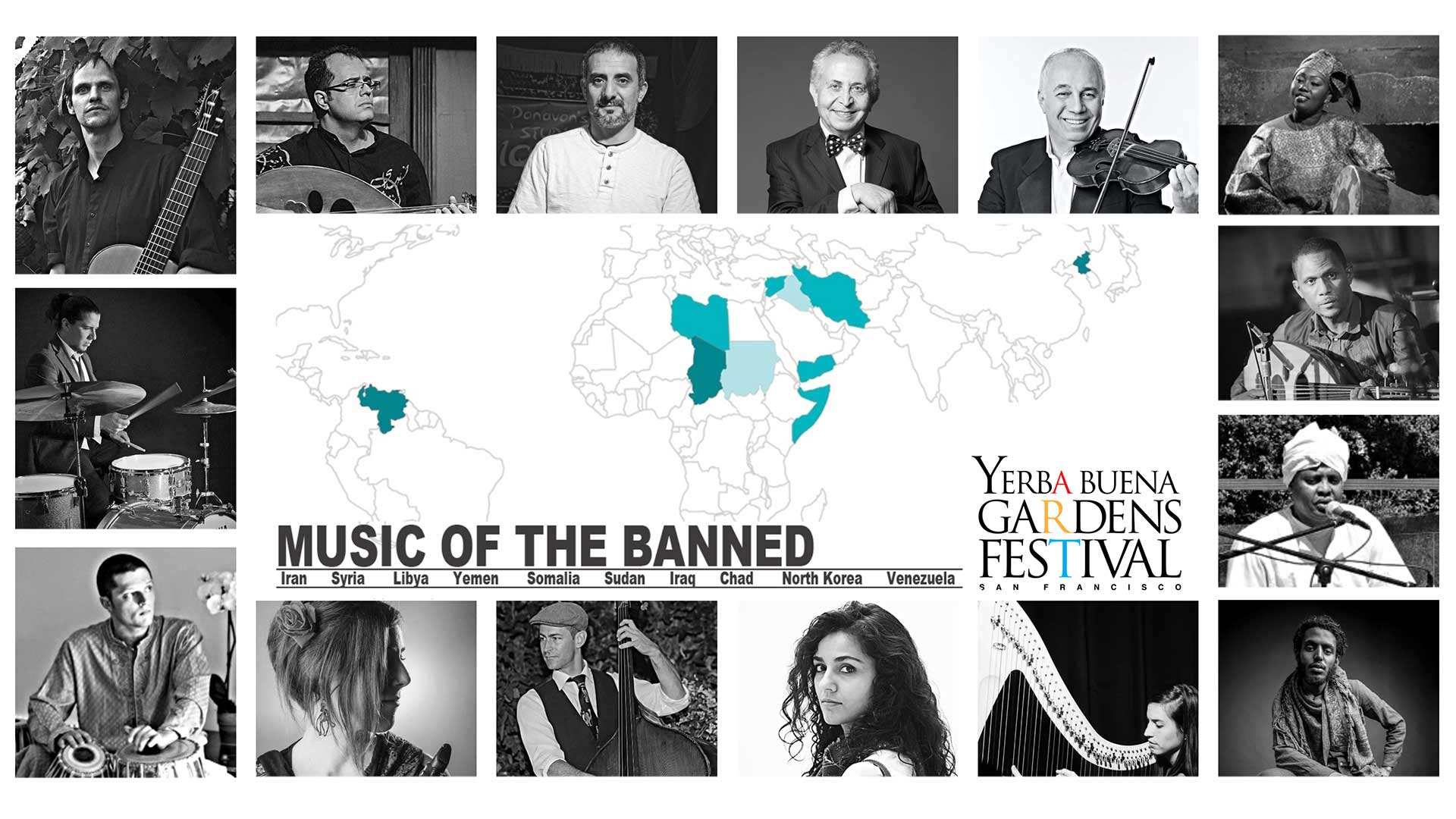 In the face of the current president’s travel ban of citizens from Iran, Syria, Libya, Sudan, Yemen, Somalia, North Korea and Venezuela from coming into the U.S., Music of the Banned seeks to build a sonic bridge between peoples. Organized by Iranian-born performer Dina Zarif, the concert will give voice to musicians from the Banned Nations, breaking the barriers of fear and ignorance by responding with love, peace, and empowerment.

Sounds of Venezuela interprets the music of the traditional Venezuelan repertoire including joropo, valses, and Venezuelan merengue. This trio makes its own contemporary arrangements of Venezuelan traditional music by adding elements of flamenco as well as jazz. They have been performing in the Bay Area since 2016. This project intends to show elements found in Venezuelan music incorporating them into the trio’s own style. Venezuelan songs and melodies, as well as the 6/8, 3/4 and 5/8 rhythms characteristic of the Venezuelan repertoire, are all found in their unique sound. The music of Venezuela reflects the spirit of its people. Through it, we can hear the expression of Indigenous, African and Spanish cultures that run through its blood. This spirit has been resilient throughout centuries of social and political changes, it is greater than the interests and ruthlessness of the ruling classes and it needs to be heard, it is crying out in darkness while the entire Venezuelan society is being torn apart. Musicians: Carlos Caminos, Guitar; Marlon Aldana, Cajon 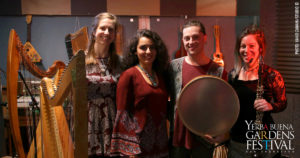 Formerly, Love Songs from Around the World, which formed May 2015 in the Mission District of San Francisco, is a collaboration between Dina Zarif, an Iranian immigrant singer and Amelia Romano, a San Francisco native harpist, performing a blend of classical and folk music. The ensemble invites the listener on a journey that fuses flamenco and tango inspired rhythms and Iranian Folk tunes in a seamless soundscape of tragedy and triumph with deep concepts of immigration and homeland. This ensemble has expanded incorporating percussion, clarinet, and upright bass. They headlined the stage of the Brava Theater (March 2017) in What Do the Women Say 2017, Golden Thread’s celebration of International Women’s Day for a Syrian benefit concert and San Francisco International Arts Festival in Fort Mason (May 2016), House concert in SF, (November 2016) and Los Angeles tour (Aug 2016). Featured in Montalvo Art Center, “Voices in the Garden,” (September 2017). Featured in “Banned Together” a benefit concert for the United Nations “Adopt-A-Future.” Collaboration with Dana Lawton Dance, October 2017. Their latest performance was in The San Francisco International Festival of the Arts 2018. Musicians: Dina Zarif, Vocal; Amelia Romano, Harp; Josh Mellinger, Frame Drum/Cajon/Tabla; Morgan Nilsen, Clarinet; Daniel Fabricant – Bass

Salma El Assal and Sudan Ensemble is the musical voice of Sudanese-American in the Bay Area. We seek to contribute to the multicultural discourse of the Bay Area with the Sudanese arts and music. Our ensemble goal is to reaches out to the diverse Bay Area community with folkloric, classical, and contemporary Sudanese music. Musicians: Salma El Assal, Vocal; Khalid El Mahi, Oud; Tarawa aka Mazin Jamal, Bongoz; Hafez Bushra, Percussion

Dina Zarif is a performer and vocalist who combines western classical singing with middle eastern styles inspired by her Persian roots to develop her unique sound. Some of her credits are 2016 & 2018 SF International Arts Festival, Palace of Fine Art, San Jose stage, with Golden Thread Productions in Leyla & Majnun staged reading at BAMPFA as part of the symposium around Silk Road Ensemble & Mark Morris. She was a featured vocalist In “Syria Mon Amour” The 2017 celebration of International Women’s Day is dedicated to Syria at Golden Thread production in SF Brava theatre. She is a costume designer and actress in the Feathers of Fire shadow production SF Cowell Theater, Brooklyn Academy of music, Harvard and Metropolitan Museum in NY, Wallis Annenberg Hall in Los Angeles and internationally toured in Poland, Taiwan & Canada(2015-2018). She started “Music Of the Banned” project In Red Poppy Arthouse as a part of MAPP Mission Arts Performance Project in August 2017. Dina received her MA in Landscape Architecture and currently is the Director of Programming At Red Poppy Art House in San Francisco.