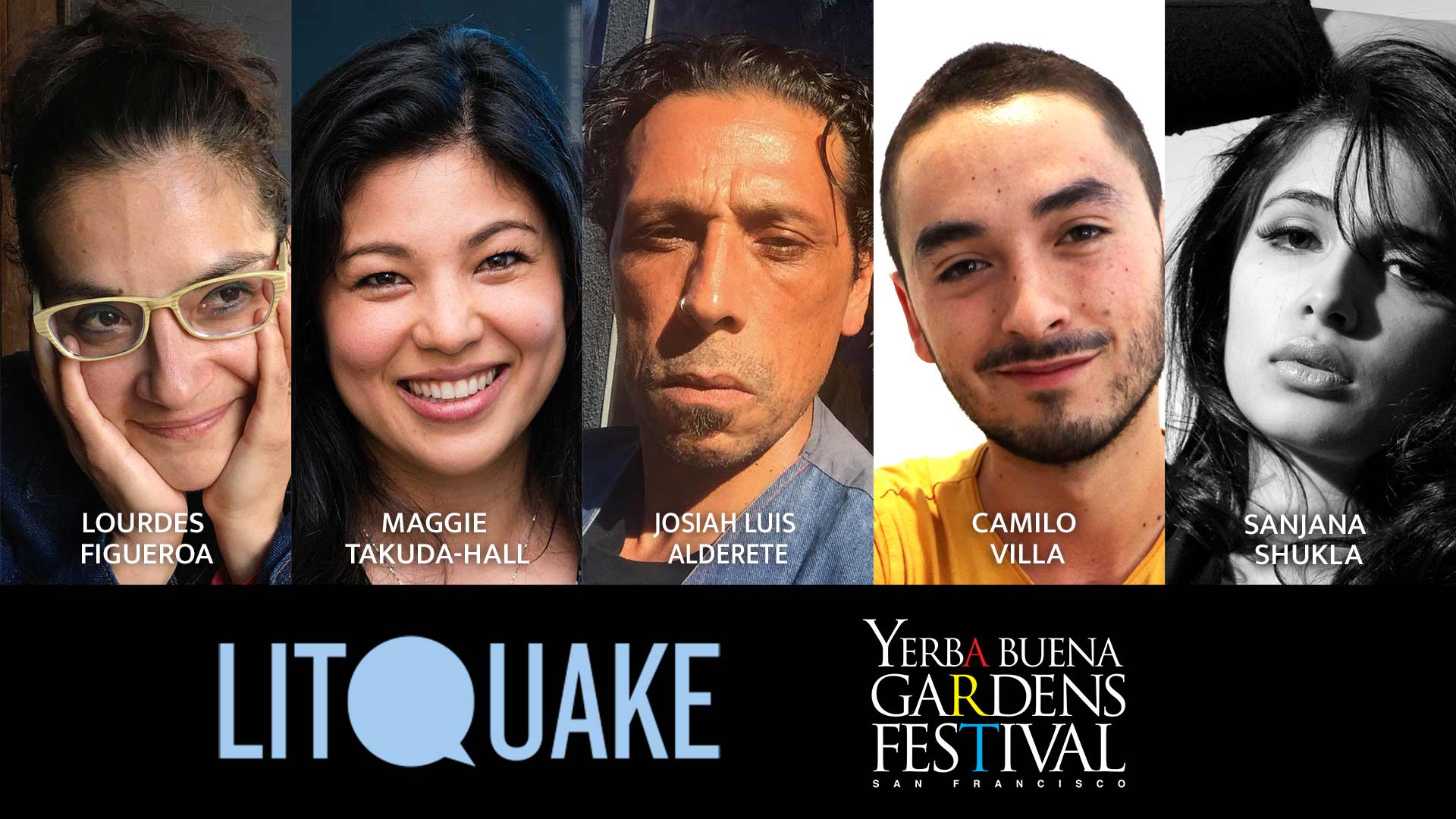 Lourdes Figueroa was born in Yuba City, California during a trip her parents made from Mexico to the USA when they worked in the campo tilling the soil for tomatoes. Lourdes is a proud 2009 and 2011 VONA alum. Her work has been published in the 2008 & 2010 SF Poets 11 Anthology by Jack Hirschman, in Eleven Eleven, Something Worth Revising, Night Music, elderly, and the zine Mirage. Spooky Actions Books published her first chapbook, yolotl, and her poem “War America War” was published by Backwords Press. She received her MFA in Creative Writing with an emphasis in Poetry at the University of San Francisco. She works in San Francisco as community organizer, a families case-worker, and occasionally as a camera assistant. She continues to believe in your lung and your throat.

Maggie Tokuda-Hall is the author of the Parent’s Choice Gold Medal winning book Also an Octopus. She has books forthcoming from Chronicle Books, Candlewick Press and Harper Collins. She’s also the host of the animal facts podcast, Drunk Safari. Her dog is objectively perfect.

Josiah Luis Alderete is a full blooded Pocho spanglish speaking poet from La Area Bahia who learned to write poetry in the kitchen of his Mama’s Mexican restaurant. He was a founding member of San Francisco’s outspoken word troupe The Molotov Mouths and is also a radio insurgente whose stories have appeared on KALW’s “Crosscurrents” and whose show “The Spanglish Power Hour” aired on KPFA. He curates and hosts the Latinx reading series SPEAKING AXOLOTL in Oakland every third Thursday at Nomadic Press Studios. Josiah Luis Alderete’s book of poems is forthcoming from Black Freighter Press.

Camilo Villa is a Colombian artist, poet, and educator based in Oakland, California. He has performed in venues, such as Litquake, The Queer Open Mic and Donde esta mí gente. Camilo holds a Fine Arts Degree with a minor in Social Action & Public Forms from the California College of the Arts and is now completing his M.A. in Education, Equity and Social Justice Concentration at San Francisco State University. Some of his published work can be found in the culture and commentary magazines Voyage LA, The Field Between, and NEWAGE. As a  Latinx Teaching Artist Fellow at Root Division he is currently working on developing and facilitating projects in the My Two Homes curriculum, which guides Latinx students in discussions, story-telling, and art-making around in their transition to a new home in the U.S.

Musical guest Sanjana Shukla is a vocalist, theatre artist, and Bay Area native who strives to highlight diasporic experiences and voices through her work.