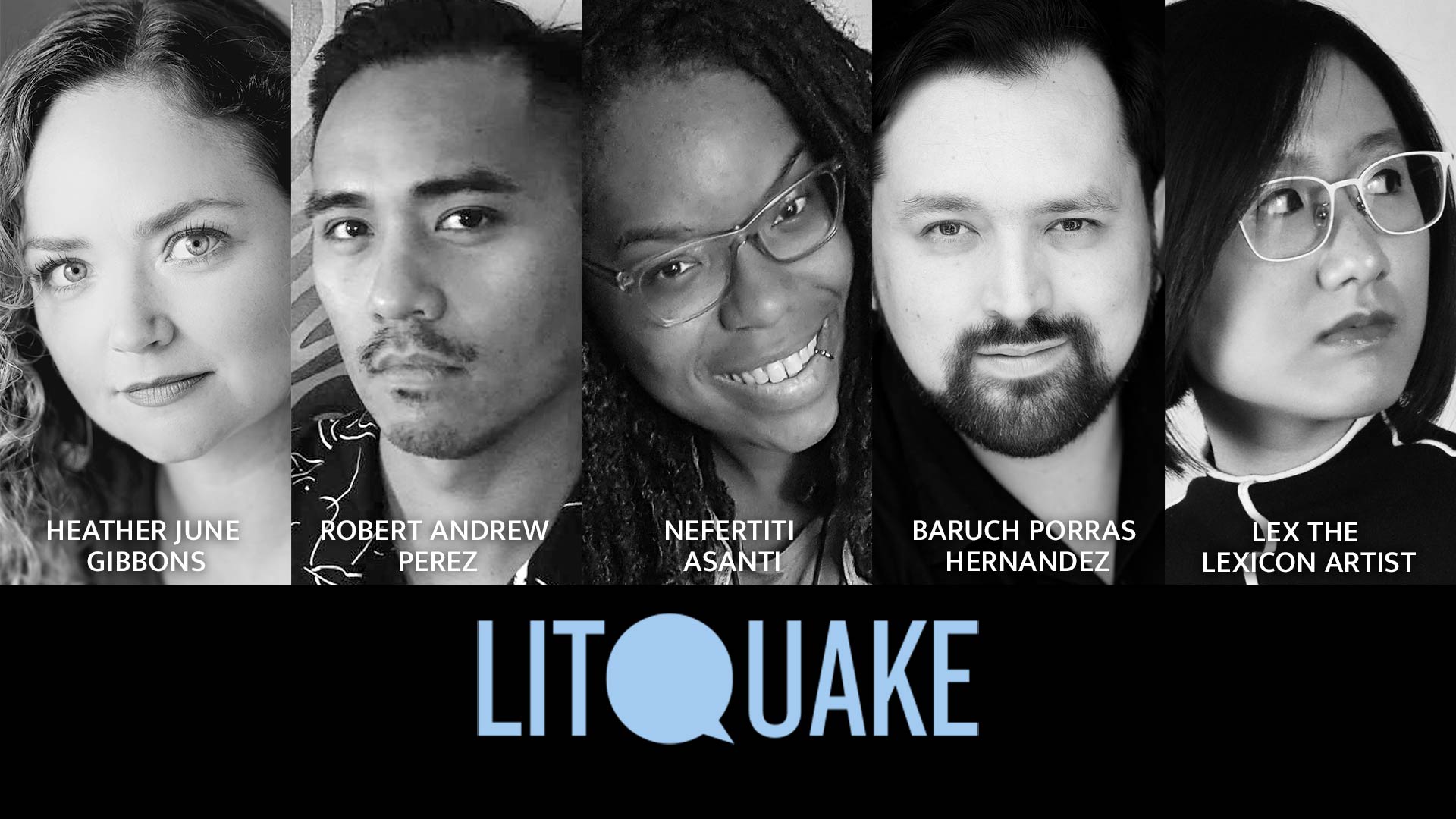 Heather June Gibbons is the author of the poetry collection Her Mouth as Souvenir, winner of the 2017 Agha Shahid Ali Poetry Prize from the University of Utah Press. She is also the author of two chapbooks, and her poems have appeared widely in literary journals. A graduate of the Iowa Writers’ Workshop, she lives in San Francisco, where she teaches creative writing at San Francisco State University and in the community.

Robert Andrew Perez lives in Oakland and is an associate editor & book designer for speCt! in Oakland, where he also curates readings. He is an alum of the Lambda Literary fellowship & a recipient of the Lannan Literary Award for poetry. His first collection, the field, was published with Omnidawn in their pocket book series and is a finalist for the 2017 Northern California Book Award. His debut film, Stone|Fruit, is in post-production and expected to premiere early 2019.

Baruch Porras Hernandez is a two-time winner of Literary Death Match, a Lambda Literary Poetry Fellow, a Lambda Literary Playwriting Fellow, a two-time Pushcart Prize nominee, and was named a Bay Area Writer to Watch! in 2016 by 7×7 Magazine. He is the founder and host of ¿Donde Esta Mi Gente? Latinx Literary Series, a regular KQED Arts host, and the Voice of Shipwreck SF Erotic Fan Fiction Competition and podcast. His poems have been published in several anthologies and journals, both online and in print. He recently had the honor of being an artist in residence at the Ground Floor Summer Lab with Berkeley Rep. He is originally from Mexico, and lives in San Francisco.