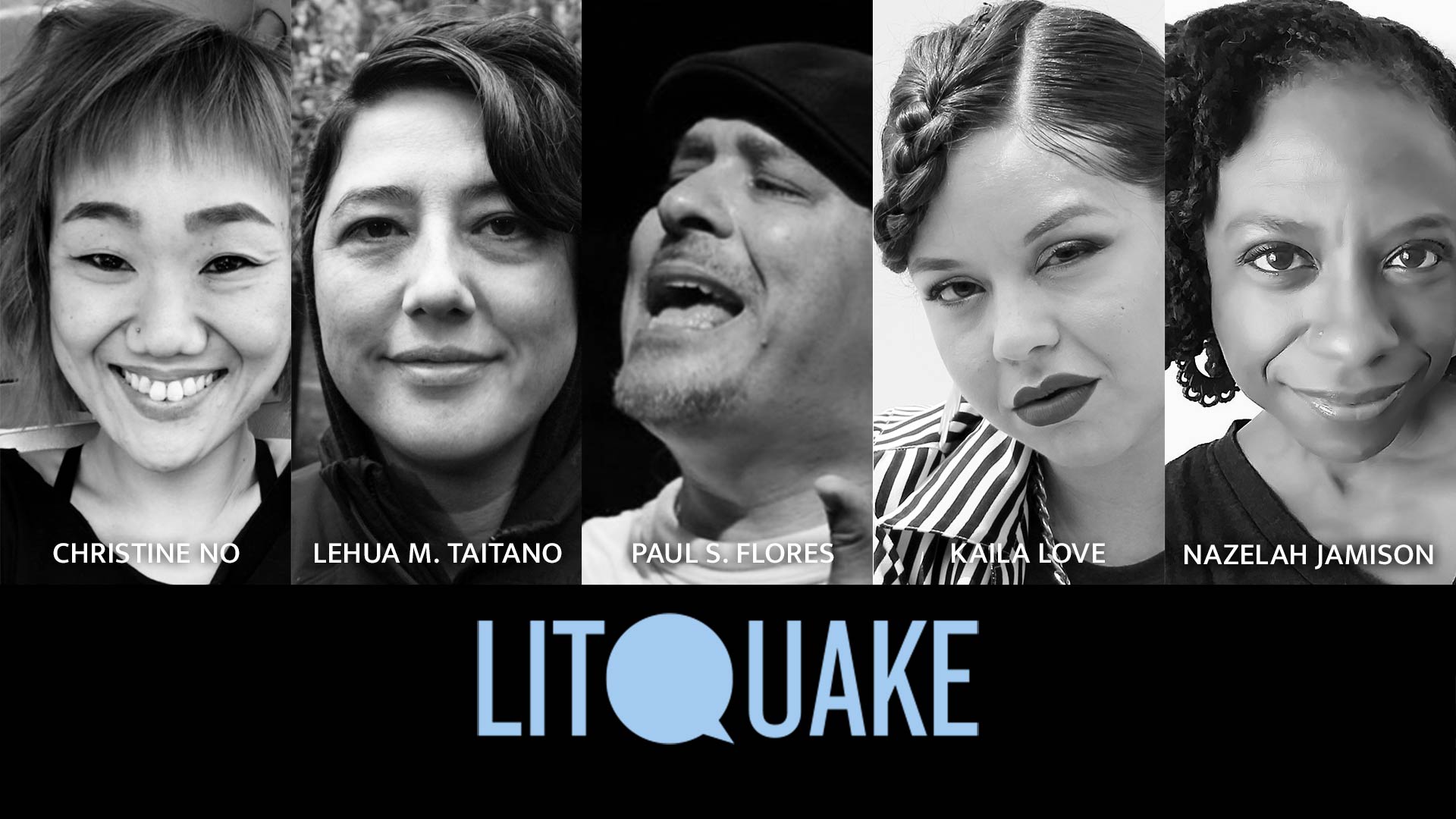 Christine No is a Korean American writer and filmmaker. She is a Sundance Alum, VONA and Winter Tangerine Fellow, two-time Pushcart Prize Nominee and Best of the Net Nominee. You can find her work in: The Rumpus, sPARKLE+bLINK, Columbia Journal, Story Online, Apogee, Atlas And Alice, and various anthologies. Christine is the Assistant Features Editor at The Rumpus and a contributing writer at Panorama: The Journal of Intelligent Travel. She also sits on the Board of Quiet Lightning, a Bay Area nonprofit literary organization. Christine is the author of two chapbooks: Don’t Speak and The Disappearing Girl; and she is working on her first full length manuscript. She looks good on paper; but, she spills a lot. Like a baby. She lives in Oakland with a pit bull named Brandy. Say hi, here: christineno.com

Lehua M. Taitano is a queer Chamoru writer and interdisciplinary artist from Yigo, Guåhan (Guam). She is the author of Inside Me an Island (June 2018), A Bell Made of Stones, and three chapbooks—Capacity (Hawai’i Review), Sonoma (Dropleaf Press), and appalachiapacific, which won the Merriam-Frontier Award for short fiction. Her poetry, essays, and Pushcart Prize-nominated fiction have appeared in Fence, Kartika Review, Red Ink International Journal, Poetry Magazine, and many others. She has served as an APAture Featured Literary Artist via Kearny Street Workshop, a Kuwentuhan poet via The Poetry Center at SFSU, and as a Culture Lab visual artist for the Smithsonian Institute’s Asian Pacific American Center. Taitano’s work investigates modern indigeneity, decolonization, and cultural identity in the context of diaspora.

Paul S. Flores’ deep dive into themes of transnationality and citizenship comes at a crucial time in contemporary history. Flores creates plays and oral narratives that spur and support societal movements that lead to change. Flores last play “On The Hill: I Am Alex Nieto” brought San Francisco communities together divided by gentrification and police violence. Flores’ ability to paint a vivid picture of bi-cultural Latino experience is shaped by his personal background and experience growing up near the Mexican border. He began presenting spoken word as a founding member of Youth Speaks and Los Delicados in 1996. He performed for the first time in Cuba in 2001 while working at La Peña Cultural Center, and has since presented multiple times in Havana, Mexico and El Salvador. His comprehensive body of work touches on the immigrant story in all its complexities: from the violent—forced migration, gang life, war, incarceration and separated families—to zooming in on intergenerational relationships and the struggle of preserving important cultural values. Paul Flores newest play “Pilgrim Street” premieres September 13-16, 2018 at Z Space Theater in San Francisco. He is an adjunct professor of theater at the University of San Francisco.  More info:  www.paulsflores.com

Kaila Love is from the Bay Area. She received her Bachelors of Arts in Political Science from the University of California Berkeley, making her the first in her family to earn a college degree. During her time at Cal, she re-developed and facilitated the Tupac Class for three semesters, became the President of the Students for Hip Hop club, and participated in the Vagina Monologues for two years as a cast member and eventually, Director. She released her debut project, “Beautiful & Disgusting” on January 7, 2017, which is available on all major streaming outlets. Since that time she has toured nationally and can be found rapping and dabbling in her newfound hobby of stand up comedy around the Bay Area.

Nazelah Jamison is a performance poet, actor, vocalist, and emcee. She is an East Coast transplant, former organizer of the Oakland Poetry Slam and sometimes reluctant superhero. Her first book of poetry, Evolutionary Heart, was released in Fall of 2016 on Nomadic Press. Nazelah gives the best hugs in the Bay Area.