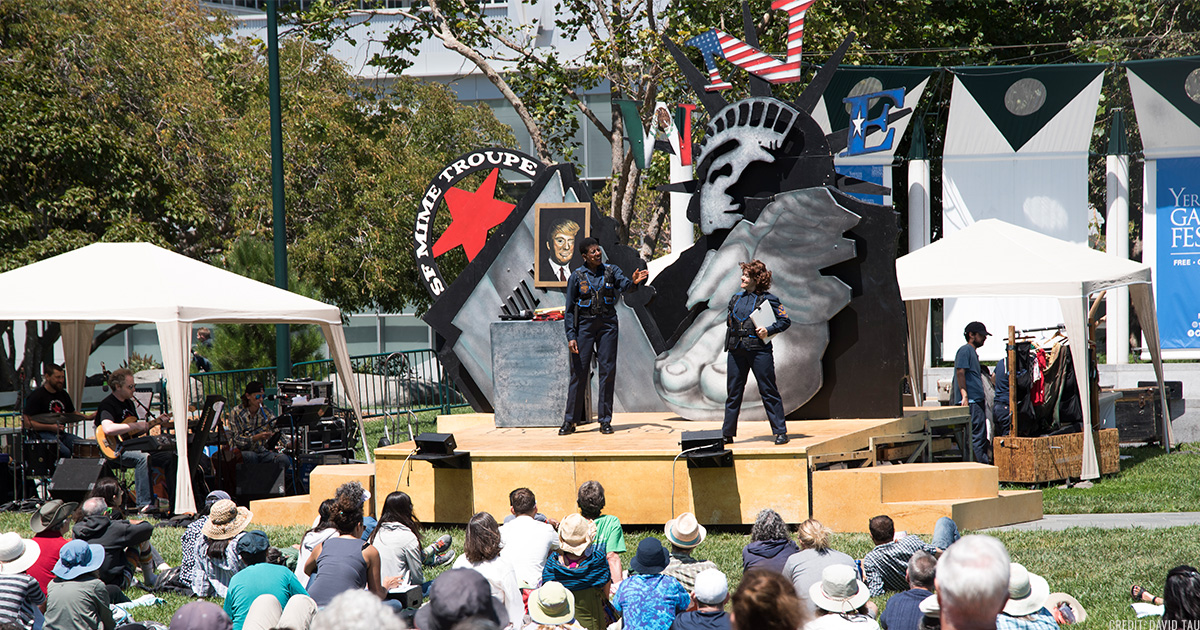 Fasten your seatbelts for another wild yet thought-provoking ride with the world-renowned San Francisco Mime Troupe (SFMT). Experts at finding the absurdity in contemporary culture, the SFMT has been on the progressive frontlines since the heyday of the civil rights movement in the early 1960s. Prepare for laughter, tragedy, snappy dialogue and vivid live music.

Back to the Way Things Were

In a country where we can finally stop wearing masks to get pizza and go to the movies, and where we again have a president who isn’t dumb as a two dollar ham, hard-working, middle-aged liberals Ralph and Alice wistfully yearn for The before Times, when things seemed normal. But for Zoe – their twenty-something daughter who grew up in a world of climate change, housing crashes, student debt, the rise of dictatorships and the fall of democracies – there is no “better” to go back to. For her the purgatory of the last two years was just a pause from life in Hell. So what’s the point? Isn’t it easier to just give up?