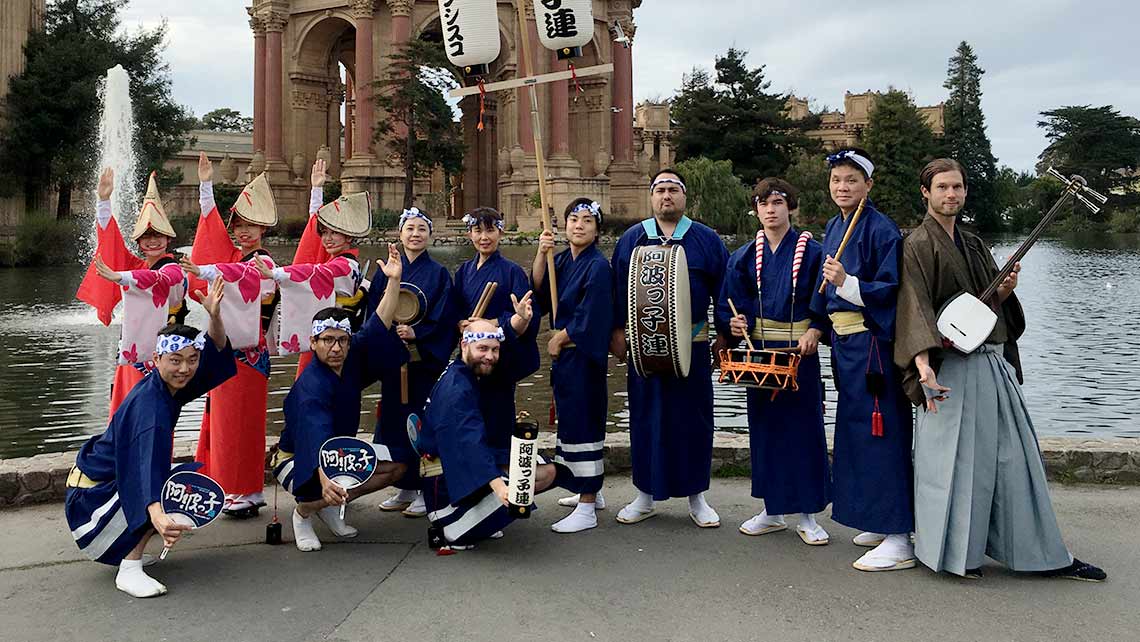 A three-string lute plucked and strummed with a plectrum, the shamisen has played an important role in Japanese culture for some five centuries. Santa Cruz’s Kyle Abbott became obsessed with the banjo-like instrument about 13 years ago, and created Bachido, an international organization that champions the shamisen via a website, classes and annual gatherings in Japan, Europe and the United States. Abbott and Los Angeles shamisen master Mike Penny kick off the concert playing a combination of traditional Japanese folk songs, improvised duets, originals, and a few old-time Appalachian songs (Abbott’s favorite music in his pre-shamisen life). For the second half they’ll be joined by the Bay Area Japanese dance group Awakko Ren, which specializes in a centuries-old festival dance from Tokushima.

Presented in partnership with the