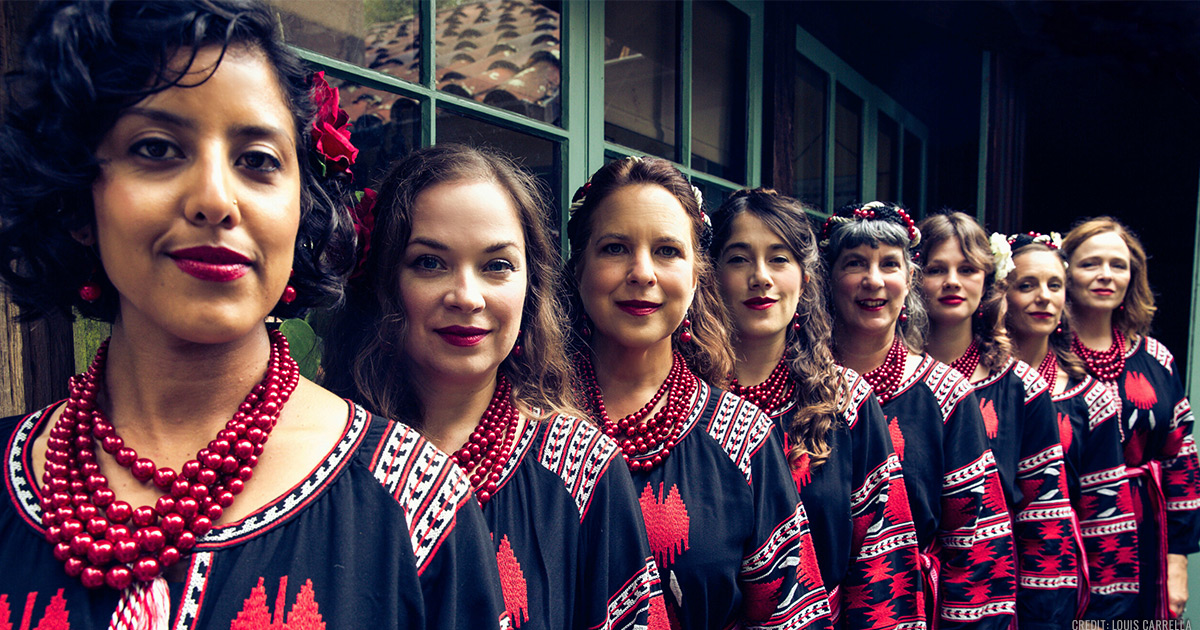 Update as of May 12: Due to an urgent family matter that has prevented the artist’s ability to travel to the United States, Mariana Sadovska will not perform as a guest in this concert. We appreciate your understanding. Kitka Women’s Vocal Ensemble’s performance will still include Ukrainian songs, continuing their efforts to raise funds and awareness for Nova Ukraine.

The women in Kitka are fearless sonic explorers, and you can hear their intrepid spirit in the lush, haunting harmonies, intricate ornamentation, angular rhythms and powerful resonance in every song they share. For over four decades this beloved Oakland-based ensemble has developed a vast, breathtaking repertoire of traditional music from Balkan, Baltic, Caucasus, and Slavic lands. They’ve forged deep ties with traditional and contemporary artists from Ukraine, and a special collaborative relationship with Lviv-born vocalist, composer and actress Mariana Sadovska, who will be joining Kitka as a special guest. Renowned for her projects that merge Ukrainian folk song with contemporary theater and social activism, Sadovska composed the score for Kitka’s acclaimed vocal theater work The Rusalka Cycle: Songs Between the Worlds. It’s one of the projects for which Kitka’s innovative approach to creating new music has earned international recognition, as the ensemble draws inspiration from the extended vocal techniques and ancient polyphonic practices rooted in these storied parts of the world.

Concert attendees will have an opportunity to make freewill charitable contributions to Nova Ukraine, a Bay Area-based humanitarian aid organization.