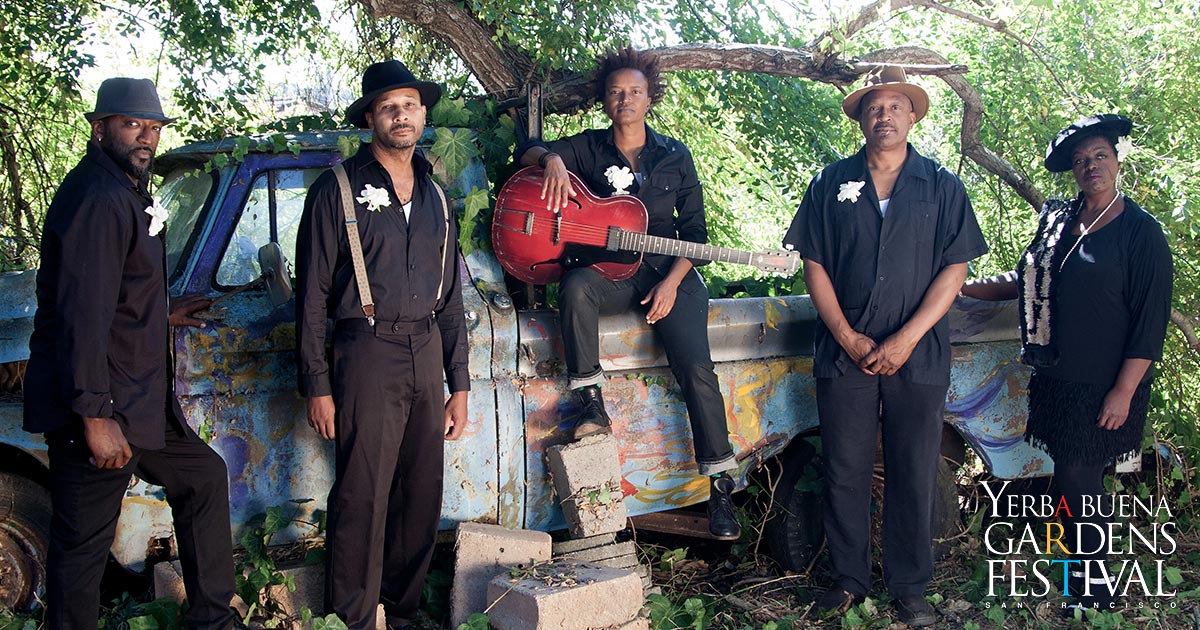 About a decade ago Anita Lofton was known as one of the hardest rockin’ guitarists around, a gonzo player whose punk power trio Sistas In the Pit opened for Iggy and the Stooges on their 2007 reunion tour, including a near-legendary show at the Warfield celebrating Iggy Pop’s 60th birthday. But somewhere along the line, Lofton decided to unplug and reinvent herself as a folk-inflected singer/songwriter with the stripped down Anita Lofton Project featuring violinist Zhalisa Clark and bassist Amina Scott. She conceived the new ensemble as “a bridge between what black girls are known to do in the music world (sing),” Lofton says, “and what we are capable of doing (composing music, writing lyrics, and playing wonderful instruments).”