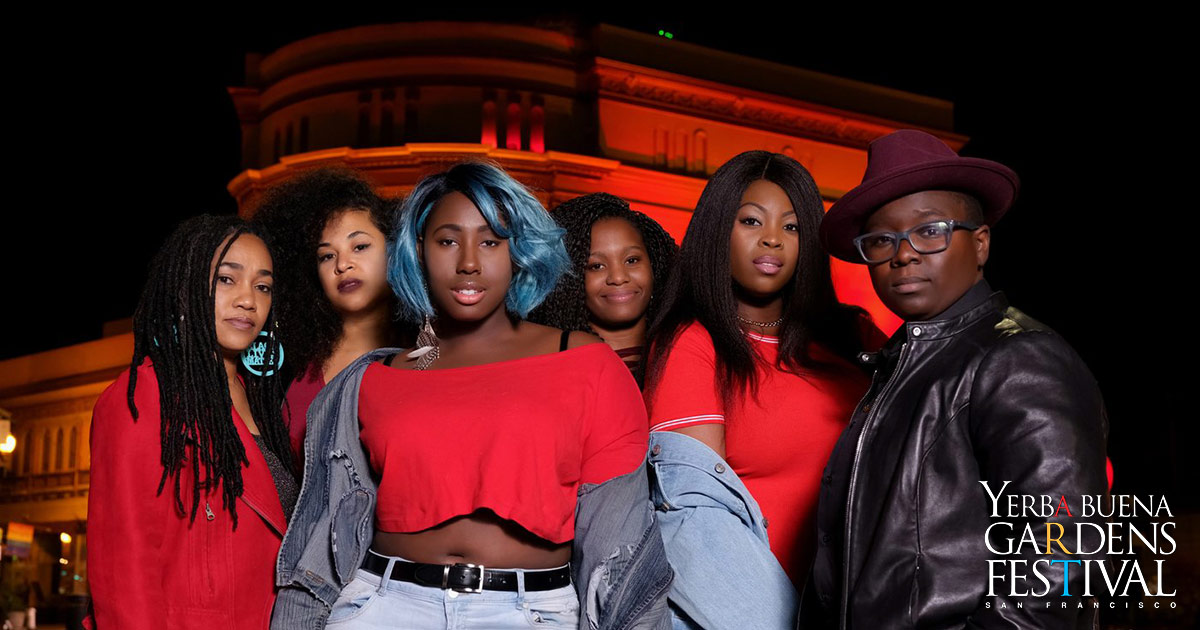 Encompassing R&B and rock, funk and electronica, salsa and soul, The Onyx brings a powerfully unified message to an eclectic repertoire. The all-black female combo features six savvy women who revel in making music together, embodying a sound described on one of their songs as “black girl magic.” Formed for a last-minute gig at the Starry Plough in Berkeley, the band brimmed with such positive energy that the women decided to keep working together. With three powerful vocalists up front—Oakland’s Dan’Nelle Emerson, New York’s Maya Vilaplana, and Chicago’s Yunoka Berry—backed by a versatile rhythm section with keyboardist Richelle Scales, bassist Rhonda Kinard, and drummer Genesis Valentine, The Onyx is all about manifesting the glorious, irreducible complexity of black music and identity.