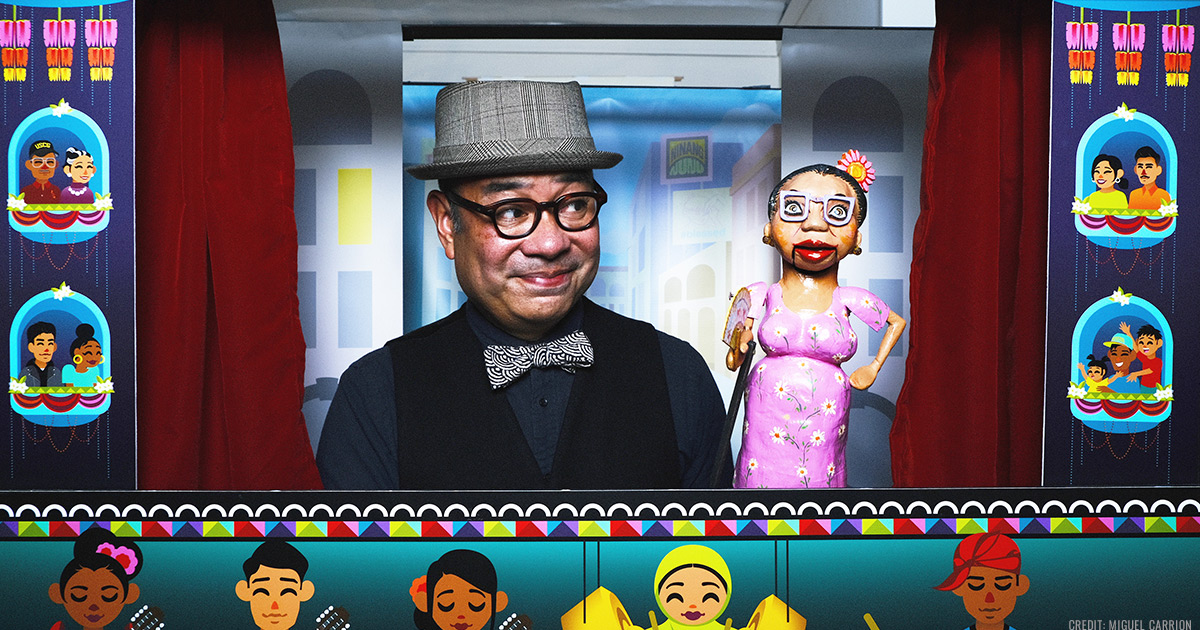 In the world of puppetry Ramon Abad has carved out a singular niche, creating productions steeped in Filipino-American culture that entertain audiences of all types and ages. His latest work, Tito Ramon’s Pop-Up Puppet Show, is a puppet-booth diversion marked by his appealing sense of humor and expert characterizations. Ramon got his start as a puppeteer, artist and teacher in the mid-90s performing solo shows at Bay Area Filipino-American festivals. He honed his writing and performing skills in the Filipino-American sketch comedy troupe Tongue In a Mood, worked as a shadow puppeteer with Larry Reed’s ShadowLight Productions and toured with the Jim Henson International Puppetry Festival. Now an artist-in-residence at Bindlestiff Studio, he’s a creative force at the South of Market district black box theater.