Postponed – Blues in the City with Marcus Shelby and Dr. Rupa Marya, MD 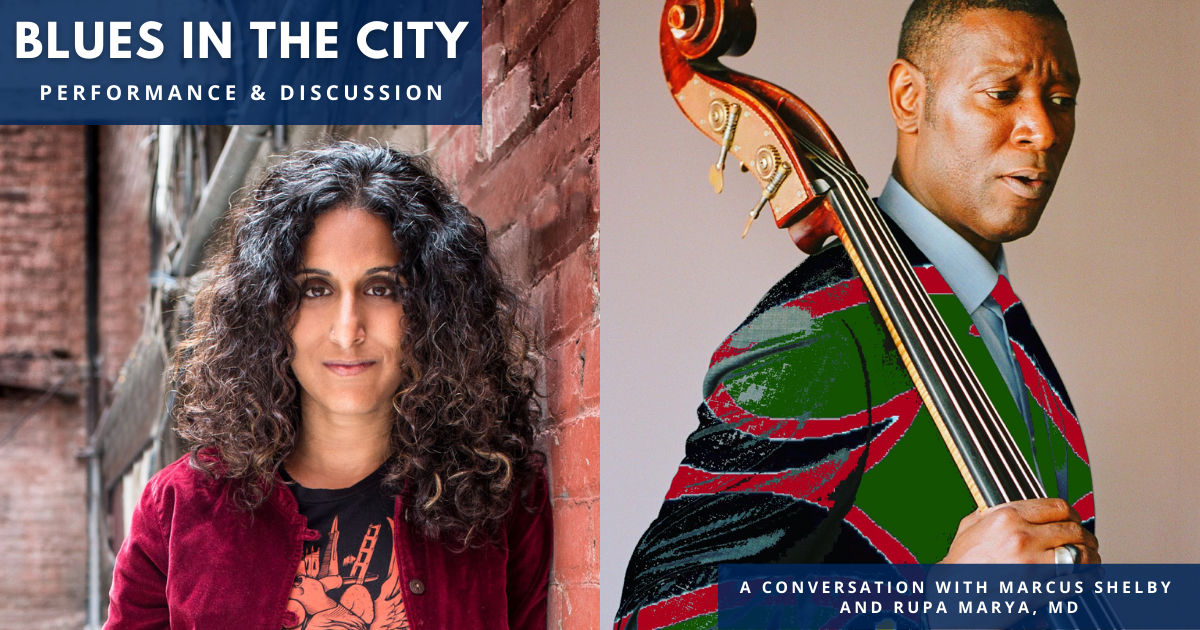 Additionally, we will share more information about rescheduling this event. Stay tuned for further updates!

We look forward to seeing you all again soon! Take care of yourself and others!

How has the impact of COVID-19 affected BIPOC communities in San Francisco? And how can art provide resilience during these challenging times? Join Composer/educator Marcus Shelby and Dr. Rupa Marya, MD, Associate Professor of Medicine at UCSF, co-founder of the Do No Harm Coalition, musician/composer, and co-author of recently released book Inflamed: Deep Medicine and the Anatomy of Injustice, for an in-depth conversation and Q&A. Marcus will also share musical works-in-progress from his forthcoming suite Blues in the City, commissioned by Yerba Buena Gardens Festival. This event is the second installment in a three-part Blues in the City performance and discussion series exploring how the concurrent crises of homelessness, systemic racism, and the pandemic affect the most vulnerable residents of San Francisco.

Marcus Anthony Shelby is a composer, bassist, bandleader, and educator who currently lives in San Francisco, California. His work focuses on the history, present, and future of African American lives, social movements, and music education. In 1990, Marcus Shelby received the Charles Mingus Scholarship to attend Cal Arts and study composition with James Newton and bass with Charlie Haden. Currently, Shelby is the Artistic Director of Healdsburg Jazz, an artist in residence with the Yerba Buena Gardens Festival, and a past resident artist with the San Francisco Jazz Festival and the Healdsburg Jazz Festival. Shelby has composed several oratorios and suites including Harriet Tubman, Beyond the Blues: A Prison Oratorio, Soul of the Movement: Meditations on Dr. Martin Luther King Jr., Black Ball: The Negro Leagues and the Blues, Green and Blues, and a children’s opera Harriet’s Spirit produced by Opera Parallel 2018. Shelby also composed the score and performed in Anna Deavere Smith’s Off Broadway Play and HBO feature film Notes from the Field (2019). Shelby is also the voice of Ray Gardener in the blockbuster Disney Pixar film Soul 2020. Shelby has also worked with a range of artists including Angela Y. Davis’ Blues Legacies and Black Feminism (2019), Joanna Haigood’s Dying While Black and Brown (2014), Margo Hall’s Bebop Baby (2013) and Sonny’s Blues (2008), the Oakland Ballet’s Ella The SF Girl Choir (2013), The Oakland Youth Chorus (2014), and many other productions over the past 23 years. Shelby has served on the San Francisco Arts Commission since 2013 and has worked with the Equal Justice Society for over 20 years.

Dr. Rupa Marya  is a physician, activist, writer, mother, and a composer. She is an Associate Professor of Medicine at the University of California, San Francisco and a co-founder of the Do No Harm Coalition, an organization of health workers committed to dismantling structural obstacles to health. Her work sits at the nexus of climate, health and racial justice. She is the co-author with Raj Patel of the bestselling book exposing the hidden connections between society, the environment and human health–Inflamed: Deep Medicine and the Anatomy of Injustice. Dr. Marya works to decolonize food and medicine in partnership with communities in Lakhota territory at the Mni Wiconi Health Circle and in Ohlone Territory through the Deep Medicine Circle, a WOC-led, worker directed nonprofit she founded to boost structural responses to Covid-exposed inequities. She was recognized in 2021 with the Women Leaders in Medicine Award by the American Medical Student Association and was a reviewer of the American Medical Association’s Organizational Strategic Plan to Embed Racial Justice and Advance Health Equity. She has toured twenty-nine countries with her band, Rupa and the April Fishes, whose music was described by the legend Gil Scott-Heron as Liberation Music.

Presented by Yerba Buena Gardens Festival in partnership with:

This project was made possible with support from California Humanities, a non-profit partner of the National Endowment for the Humanities. Visit www.calhum.org. 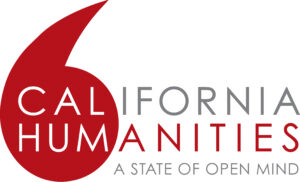