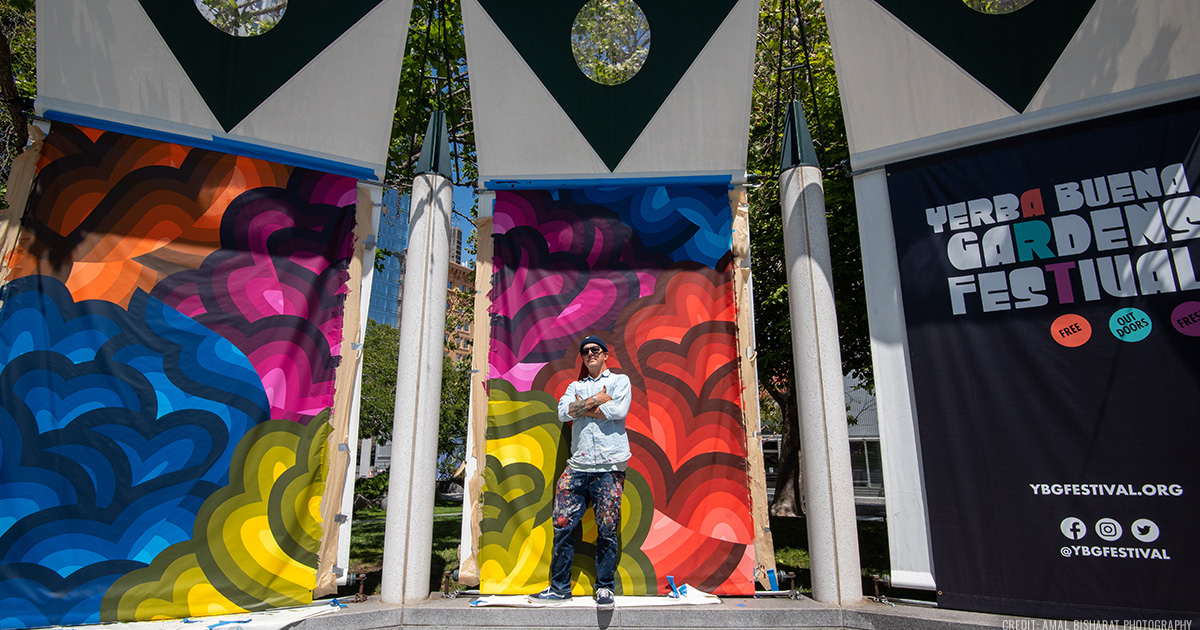 The mural, Untitled, consists of four 6’ x 9’ panels made from acrylic on vinyl and can be viewed on the Yerba Buena Gardens Festival’s Esplanade Stage until the season’s end in October 2022. 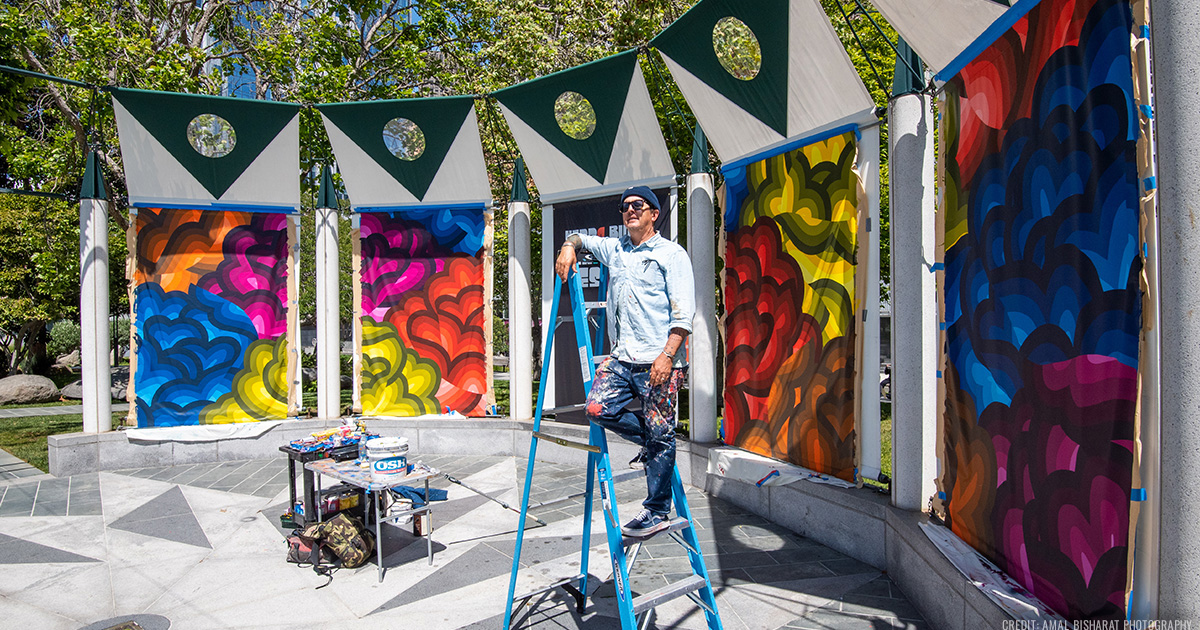 Jet Martinez’s works reinterprets Mexican folk art into a distinctive urban contemporary style that is manifested in both large-scale murals and fine art. Flat and graphic in manner, his use and application of color create vibrant, static imagery that celebrates life at its most ecstatic. Originally from Veracruz, Mexico, Jet is a graduate of the San Francisco Art Institute and  lives and works in Oakland and San Francisco, California, where he is currently the art director for the Clarion Alley Mural Project (CAMP) in the Mission District. Jet received his B.F.A in Painting and Printmaking from the San Francisco Art Institute in 2001 and studied Spanish Literature at the University of Colorado, Boulder.

“This series was originally inspired by embroidery from the state of Oaxaca in Southern Mexico,” says Martinez. “However, living in the multinational and multicultural Bay Area, I have allowed other inspirations to inform this work including Chinese and Japanese embroidery, Indonesian wayang painting and Norwegian rosemaling painting.  The work is intended to create something that feels traditional and representative of many folk art forms from around the world.”