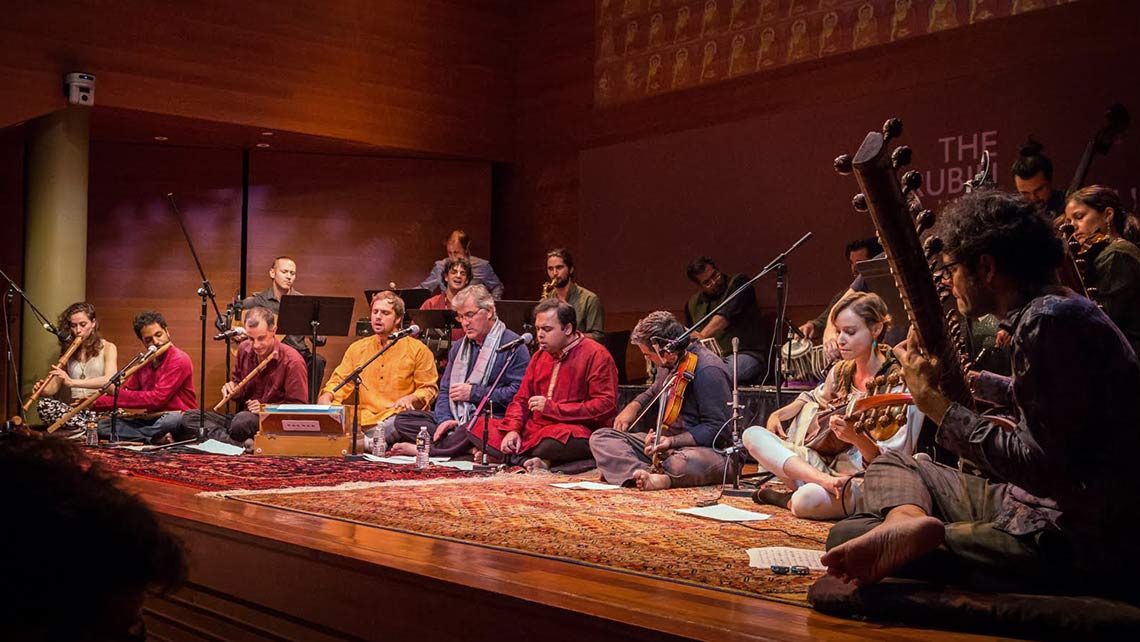 The composer Terry Riley is a patriarch of minimalism, and his seminal commandment is “In C,” a supremely pliable work conceived for any instrumental combination, with 53 musical cells and a set of directions that allow every performer to move through the music at their own pace. Over the past three years Brooklyn Raga Massive, which was co-founded by former SF percussionist Sameer Gupta, has pioneered performing Riley’s minimalist masterpiece with classical Indian instrumentation, forging new connections between Western classical and Indian classical music. Riley himself was deeply influenced by raga music, and he encouraged BMR to add raga-based improvisation. For this concert BRM joins forces with the Bay Area’s string-centric Classical Revolution to create a singular sonic event, with West and East meeting “In C.”