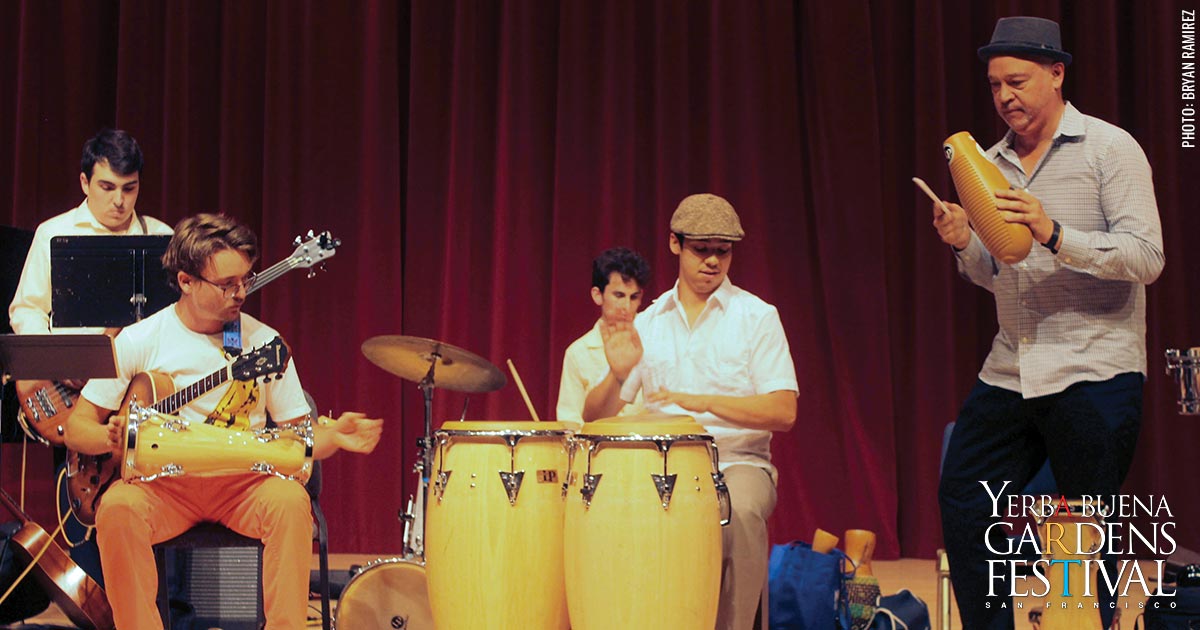 Founded and directed by renowned flutist, arranger and composer John Calloway in 1999, the Afro-Cuban Ensemble of SF State has served as an important platform for generations of excellent musicians. Dedicated to preserving and performing dance and concert music from Cuba and other Latin American cultures, the 25-member ensemble is dedicated to sharing sounds and rhythms that have profoundly influenced American music since the 19th century. Upholding the highest musical standards, the ensemble has risen to every challenge over the years, joining forces with legendary performers such as Cuba’s iconic Orquesta Aragon, Cuban bass innovator Israel “Cachao” Lopez and Panamanian-born Bay Area timbales master Benny Velarde. With a two-decade track record of excellence, the ensemble calls forth the best from each new class.