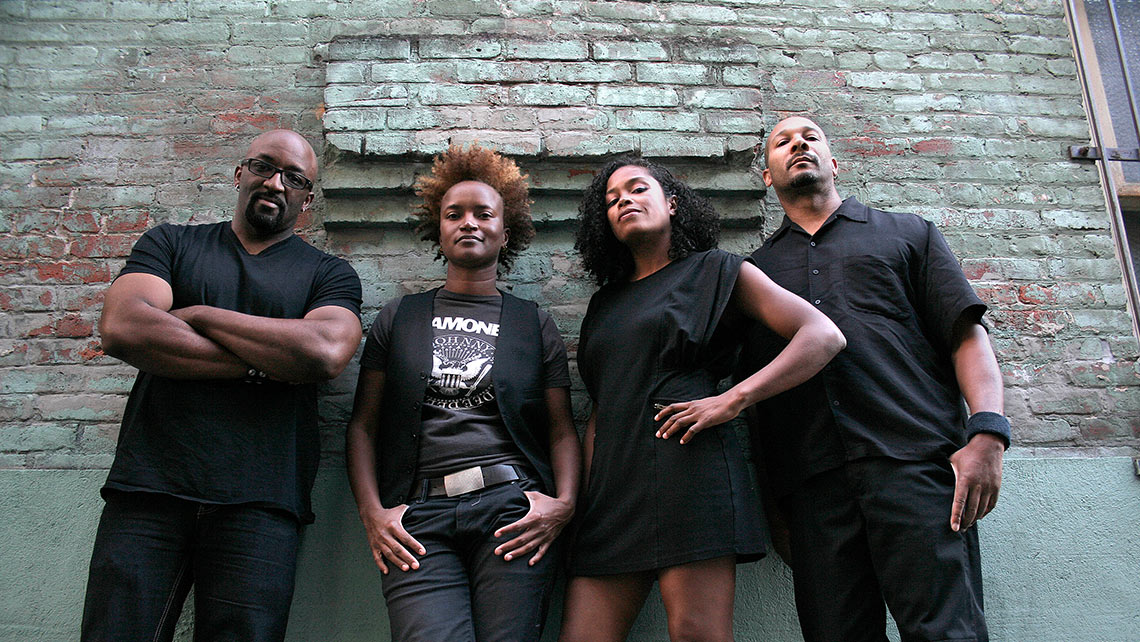 Updated 9/30/16 11:20AM: Due to unforeseen circumstances, this program has been rescheduled to a date to be announced. We apologize for the last minute notice.

The move an artist makes from punk beginnings to more complicated crafts is fascinating to hear. Anita Lofton makes the trek with The Anita Lofton Project.

Formerly of punk trio Sistas in the Pit, the talented guitarist and singer-songwriter gave the up her wah-wah, smallstone and rat pedals for greater things. With her former Sistas she toured China and Europe, and took an infamous national tour supporting a certain James “Iggy Pop” Osterberg and the Stooges during that band’s reunion in 2007. She claims to have “traded in her Marshall half stack and Epiphone semi hollow body casino for a microphone and an Epiphone acoustic guitar,” yet she’s got the rock in her blood. With Anita’s new minimal and acoustic approach she expresses a new direction in songwriting that is as candid, earnest, cool and assertive while seeking greater understanding of others and cloaking sentiment in attitude.